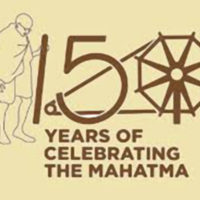 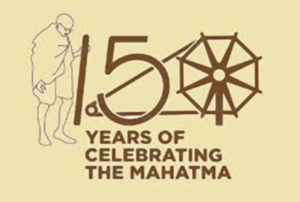 INTERDISCIPLINARY and INTERNATIONAL CONFERENCE on the 150 year celebration of the birth of Mohandas K. “Mahatma” Gandhi

150 Years of Gandhi: Impacts and Appraisals

Keynote Speaker
Mrs. Ela Gandhi GrandDaughter of Gandhi ji
The granddaughter of Mahatma Gandhi is a peace activist and was a Member of Parliament in South Africa from 1994 to 2004.

Mahatma Gandhi pioneered powerful techniques of nonviolent resistance that have inspired Dr. King and others to make significant social and democratic advances around the world. This lecture provides a brief overview of the leadership traits this complex and fascinating world leader exhibited as well as a role-playing example of how nonviolence works from an actual example from the life of Gandhi. By attending you will gain insight into Gandhi’s nonviolent methods to provide for a better future.

Admission: Free, but seats are limited so registration is requested.

Exhibition: Gandhi’s Life in Pictures: includes a collection of approximately 25 posters (24 x 36)
Display and distribution of books & literature by Gandhi and about Gandhi.

The Conference:Mohandas K. “Mahatma” Gandhi (1869-1948) is an international figure best known for leading resistance to the British Empire in India, achieving the independence of India through his method of Satyagraha, or nonviolent resistance. Born in Gujarat in western India and educated in law in London.

This conference will analyze various aspects of Gandhi in this year of the 150th anniversary of his birth:

Topics include, but are not limited to:
● Gandhi’s role in the application of Satyagraha and techniques of nonviolent resistance in South Asia, South Africa, and elsewhere
● Gandhi’s leadership in the environment, sustainability, and economic and social justice
● Gandhi’s interests and transformations throughout his life
● Gandhi’s interaction with Dalits and views of caste
● Gandhi’s views and actions on family, women, gender, and sexuality
● Critiques of Gandhi and his interactions with independence fighters advocating violence