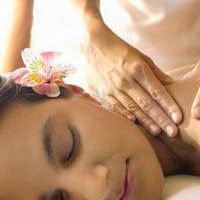 NRI doctors offer a healing touch for Bengal’s poor
Thanks to the initiative of 20 NRI doctors mostly from Britain and the U.S., a hospital is being set up in West Bengal with the aim of providing quality healthcare at a low cost to the poor.

Sanjiban, which will be located on the outskirts of Howrah and about 19 miles from Kolkata, will offer specialised services in fields like pediatrics, cardiology, and ENT. The hospital should be operational by April 2008. Subhashis Mitra is a Britain-based medical professional who got his MBBS degree in West Bengal. A resident of Britain for nearly 13 years, he is all set to give up his job as a senior surgeon in Glasgow and come back to India to head Sanjiban. “We have always thought that healthcare is not a business, but a service. We honestly believe that the concept of private healthcare should be changed so that even poor people can get access to this facility in West Bengal,” he said.

The hospital will initially have 130 beds, but the capacity will be increased to 300 beds in the near future. Moreover, the hospital has joined hands with a low-priced generic drug manufacturing company, Locost, and taken the help of a Vadodara-based consultancy firm, MSP Consultant, to bring down the cost of its services. It will have a captive power plant and a green house energy reservoir. The hospital will be able to reduce operational cost by about 40 percent by using renewable energy.

Mobile hospital brings hope for people in rural Assam
Life is looking up for the people in seven districts of interior and rural Assam, as they are getting a state-of-the-art hospital-on-wheels. The mobile hospital sits on two different buses equipped with sophisticated laboratory and diagnostic facilities, including X-ray machines, ECG, ultrasound, and an operation table. Two doctors, two nurses, a radiologist, and a pharmacist will accompany the mobile hospital in a separate vehicle.

The mobile units will visit isolated areas and villages on appointed days where patients can avail themselves of the services provided by the the expert team of doctors. Eight mobile hospital units have been launched in many districts in Assam. All 19 districts will be covered by the National Rural Health Mission in March 2008.

Indian plant may be an effective ulcer treatment
A research team at the Central Food Technological Research Institute, in Mysore, India, has demonstrated the effectiveness of a novel multi-step ulcer preventive activity. The treatment uses a novel phenol-bound pectic polysaccharide from Decalepis hamiltonii, a plant species found in abundance in India, to treat multiple complications encountered during ulcers. The researchers concluded that a bioactive polysaccharide from swallow root, exhibited multi-potent free radical scavenging antioxidant and gastric mucosal protective activities. Swallow root has been shown to be non-toxic, as opposed to other known anti-ulcer drugs.

Diabetes affecting Indians in abnormal numbers
The silent killer disease “diabetes” is getting menacing day by day. Due to stressful lifestyle and changing food habits, 240 million people worldwide are living with diabetes. Nearly 40.9 million of these individuals are Indians and the number is expected to grow to 380 million by next 20 years. Alarmingly, Type 1 diabetes is growing at an increasing rate among pre-school children, which can interfere with the normal developmental tasks, even for a child, which includes succeeding in school and his transition to adulthood.

Yoga and the brain’s reaction to pain
A new study has revealed that the Indian form of meditation, Vipassana, may reduce the brain’s reaction to pain and increase tolerance, which helps in leading a life without stress. The study by assistant professor of medicine at the University of Pittsburgh, Natalia Morone, tracked the effect of Vipassana or mindfulness meditation on chronic lower back pain in people above 65 years old. The trial found that several of those who participated in an eight-week mindfulness meditation program had significantly greater pain acceptance and physical function. Increasingly, doctors in the US are recommending meditation for pain treatment, and some of the nation’s top hospitals, including Stanford, Duke, and NYU Medical Center, now offer meditation programs to patients suffering from pain.

Pan, the after dinner delight can be deadly
Betel leaves and India are almost synonymous, but it can be fatal for the health! Betel leaves or pan, as it is known, can be carcinogenic and terrible for the teeth. At the same time, it can harbor the potentially fatal salmonella bacteria, which can cause typhoid, abdominal pain, diarrhea, nausea, and even vomiting.

According to the World Health Organization (WHO), salmonella is a genus of bacteria that are a major cause of food-borne illness throughout the world and spread through contaminated food and water. Recently, a study by researchers at the National Salmonella Centre at the Indian Veterinary Research Institute in Uttar Pradesh, found salmonella bacteria in betel leaves. It is found in pan, as the shopkeepers keep the betel leaves soaked for long hours in water that may be infected. The bacterium commonly causes typhoid and urgent medical assistance must be provided to the patient; otherwise it may lead to gastrointestinal bleeding and multiple organ failure that can prove fatal.