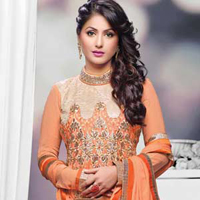 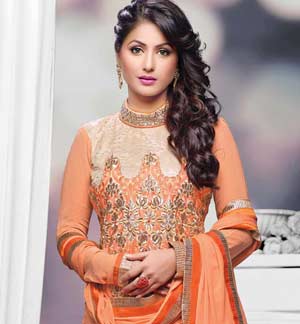 Here’s some sad news for Hina Khan’s fans who loved her vampish avatar in Ekta Kapoor’s reboot version of Kasautii Zindagii Kay. The actress has left the show for good and will not be reprising the role of the iconic television vamp Komolika.

Hina, who signed her first Bollywood movie with director Vikram Bhatt, exited the show earlier this year. While it was suggested she might re-enter the show later, it now looks like that won’t be happening. Through a cryptic tweet on Twitter Ekta Kapoor revealed, “New komo!!!?????? But whooooooooooo;).” In reply to the tweet, even Hina Khan conveyed her “Best Wishes” to Ekta. Hina Khan gained popularity as Indian TV’s favorite bahu Akshara in the show Yeh Rishta Kya Kehlata Hai. She also took part in the reality show Bigg Boss 11.

Earlier on, names of Tashan-e-Ishq actor Jasmin Bhasin and Gauahar Khan were circulated as Hina’s replacement. It has now been confirmed that TV and Bollywood actor Aamna Sharif will be playing Komolika in Kasautii Zindagii Kay 2. Aamna is well-known for her role of Kashish in Kahiin To Hoga. She has also worked in Bollywood movies like Ek Villain.