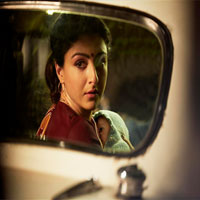 Upcoming historical thriller 31st October starring Vir Das and Soha Ali Khan, which revolved around the aftermath of the assassination of the then Indian Prime Minister Indira Gandhi, has now finally been green lit by the Censor Board after a wait of four months.

Confirming the news, writer-producer Harry Sachdeva said, “We had to make certain modifications to the script without affecting the authenticity of the cinematic projection. It took time but we were eventually able to convince the Censor Board to retain the scenes which brought out the realism of the story and which were important to the narrative. There’s a reason for bringing this subject to the screen and justice needs to be done to the subject as the film is about undying human spirit and does not seek to make any political statements.” Sachdeva added that they had to make nine major cuts that the Censor Board had suggested to the film.

Set in Delhi, 31st October is the most realistic depiction of the incident and the story of a Sikh family, which gets trapped in a riot-affected part of the Capital after Indira Gandhi was assassinated by her Sikh bodyguards, which leads to savage anti-Sikh riots. The film, an edge-of-the-seat thriller about a family, which battles all odds for survival, was praised for being gritty, thrilling and heart-rending at various foreign film festivals.