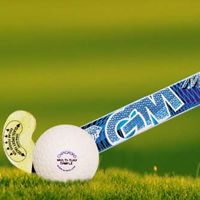 A dominant performance against Canada notwithstanding, India would be facing its toughest challenge in the group stages of the junior Hockey World Cup when it takes on England in its second game at the Major Dhyan Chand Stadium in Lucknow today.

England had registered a 4-2 victory in its opening game against South Africa and India will be cautious as it looks to seal a quarterfinal spot with another win.

The host, among the favourites to win the title, will also be keen to continue its good run against England after winning the test series against it a month ago.

With four of its players having played in the previous edition of the tournament in Delhi, England will be hoping to make full use of its advantage.

In comparison, India only has Harjeet and forward Mandeep Singh from the 2013 edition.

However, the presence of defender and drag-flicker Harmanpreet Singh has been a big advantage given the youngster’s Olympic experience.