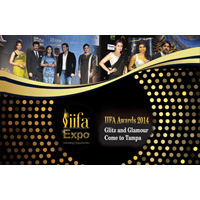 The IIFA (International Indian Film Academy) Awards are the grandest movie awards in India. Known as the “Bollywood Oscars” due to the prestige and honor associated with the awards show, one of IIFA’s main objectives is to propel Indian cinema to the global platform. In order to spread awareness about Indian cinema around the world, IIFA organizes the awards show in different countries. Today, IIFA is nothing short of a global phenomenon.

The first IIFA was held in 2000 at Millennium Hall in London, United Kingdom. In 2014, the 15th IIFA Awards ceremony will be held in Tampa, Florida, April 24 – 26 at the Raymond James Stadium, an outdoor venue that has the capacity to seat nearly 75,000 people.

The main awards ceremony will be held on the last day of the glamorous extravaganza. Though the event was first planned for June, April was ultimately because of the more favorable weather during this time of year. One of the most anticipated award ceremonies of the year, IIFA brings something unique and interesting to the forefront with each new show.

East meets west
Bollywood is the second largest film industry in the world after Hollywood producing nearly eight hundred movies annually. Financially, the movie industry earns $4 billion merely from ticket sales, let alone other sources such as the sale of music albums and film DVDs. The 2014 IIFA is the event’s first ceremony in the United States, and if sources are to be believed, event organizer and producer Wiz craft International Entertainment Pvt. Ltd is going to push standards to an all time high.

Invitations have been sent to several international celebrities including big names from Hollywood because the organizers see this ceremony as a way to create a meeting platform for stars from the two biggest movie industries in the world. Although names have not yet been revealed, director of Wiz craft International Entertainment, Andre Timmins said that serious talks are on with big name actors. One Hollywood starlikely to come is Akon, who sang “Chammak Challo” in Shahrukh Khan’s film Ra.One.

Timmins also said the intention behind integrating Hollywood into the IIFA Awards is to ensure western stars feel a connection to the Indian movie industry. The President and CEO of Visit Tampa Bay, Santiago Corroda, said that since the event is in their home this year, Hollywood actors are expected to come to Tampa to host Indian movie stars.

Tampa is buzzing
The IIFA Awards have already created quite a buzz in Tampa. The ceremony is stated to be one of the largest Indian shows ever held in the United States. The cost of tickets for the show begins at $93.50 and goes on up to $3,300 per person. Despite the high cost of tickets, around 30,000 people are expected to visit the city for the main award ceremony evening and more than 60,000 people are expected to visit other events during the three-day festival. According to the organizer, such demand for tickets is totally unprecedented, but all efforts are being made to accommodate everyone. The large demand is one of reason why the event is being held at the Raymond James Stadium, one of the largest venues in Tampa. The event will be telecast globally to nearly 600 million people in 108 countries.

Three-day extravaganza
The IIFA Awards is an occasion where the biggest names of the Indian movie industry can meet on a single platform. However, IIFA Awards is more than just a film award ceremony – the event is a film festival with numerous events and seminars planned over three days. The events will showcase different elements such as Indian culture, business, fashion, music, entertainment, and of course, films. This year, the festival includes media events, briefings, an IIFA Rocks concert, dinners and parties, the show “Magic of the Movies & Technical Awards,” and the culminating award night ceremony. Rounding out the festival will be a huge after-party on the final day.

Another major event during the festival is the acting workshop. According to Associated Press reports, American actor Kevin Spacey will conduct the master class along with the national Award winner Vidya Balan. In early March, Vidya toured the US promoting IIFA Awards through a series of press conferences and notable events.

Shahid Kapoor and Farhan Akhtar will host the main award ceremony this year. The duo will be a treat to watch. While Farhan will likely bring his subtle intellectual humor to the ceremony, Shahid can be expected to light up the stage with his effervescence. Farhan has reason to be happy as his movie Bhaag Milka Bhaag has won the maximum number of nominations across different categories. Other close contenders include Sanjay Leela Bhansali’s Goliyonki Raasleela – Ram-leela, Rohit Shetty’s Chennai Express, and Rakesh Roshan’s Krrish3.

The ceremonial green carpet appearance of the stars is going to be a highlight of the ceremony. Contrary to the traditional red carpet, IIFA features a green carpet, symbolizing its concern for the environment, thus bringing climate change, a primary concern, to the forefront. Tampa and the United States will soon get a taste of Bollywood. With activities such as fashion shows, exhibition cricket matches, cooking competitions and dancing competitions – all involving Bollywood actors – in the works, Tampa will be at the forefront of all that is Indian, festive, and glamorous.