Immigration Q And A February 2012 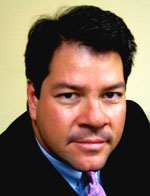 My wife is 71 years old and has had her green card since 1991. She does not speak English, only Punjabi. She is disabled and has difficulty walking. I am a US citizen. My wife applied for citizenship in November 2010 and was denied for lack of continuous residence. She was out of the USA for 11 months in 2008. Since August 2008, she has been in the United States continuously, except one trip for 144 days and another trip for 76 days. Can she use my citizenship status to get her citizenship?

Your citizenship has nothing to do with your wife’s citizenship. Your wife has to show that she lives in the United States continuously for 30 months before the filing of the application. This means no absence greater than 6 months in the 30-month period. When she applied in November 2010, she had lived in the United States continuously for 27 months since her long absence, and that is why she was denied. If she applies today, she will have lived here continuously for 42 months and should not be denied on that basis.

Since your wife is over 55 and has been a permanent resident for more that 20 years, she does not have to read or write in English. She must still take the citizenship test, but she may bring a translator with her. Since your wife is over 65, she may take the “simple test.” The officer will ask ten questions from the following, and she must answer six correctly.

1) What is one right or freedom from the First Amendment?

2) What is the economic system in the United States?

3) Name one branch or part of the government.

4) What are the two parts of the U.S. Congress?

6) In what month do we vote for President?

7) What is the name of the President of the United States now?

8) What are the two major political parties in the United States?

9) What is one responsibility that is only for United States citizens?

10) How old do citizens have to be to vote forPresident?

11) When is the last day you can send in federal income tax forms?

12) Who was the first President?

13) What was one important thing that Abraham Lincoln did?

14) What is the capital of the United States?

15) Where is the Statue of Liberty?

19) When do we celebrate Independence Day?

20) What is the capital of your state?

My fiancé is here on a student visa. I am a US citizen. We plan to marry on Valentines’ day. What do we do next?

After you get married, you will be ready to file for your husband’s green card. Family filings are a two part process. You will need to file Form I-130 – that is your petition for your husband’s immigrant visa. Your husband will need to file form I-485 – his application to adjust status (From student to permanent resident). These forms are filed at the same time. Your husband also has the option to return to his home country and have your petition processed at the US consulate in his country, as long as he has not violated his status in the US. The forms are sent to USCIS by mail. You will need to include a copy of your marriage certificate, proof of your citizenship, any past divorces and a copy of your husband’s birth certificate. You will also need to document how your husband entered the US. You are also required to file an Affidavit of Support and include proof of your income. This form guarantees to the government that your husband will not seek public assistance. You have to show that your income is more that 125% of the federal poverty level. If you do not make that much money, you will need a co-sponsor to also file an Affidavit of Support for your husband. The co-sponsor has to a US Citizen or permanent resident. Your husband will also need to send in a medical exam from a licensed immigration doctor.

Your husband may also apply for temporary employment authorization and a temporary travel document. After you have sent in all the paperwork and the filing fees, USCIS will send you receipt notices for all the forms. Then your husband will receive an appointment notice for his biometrics. Than means fingerprints and a photo. You will then get an interview appointment with USCIS. You will both need to go to the interview and bring evidence that your and your husband really live together and that the marriage was not just for the green card. If you pass the interview and your husband does not have any bars to adjustment, such as a criminal conviction, he will be granted permanent residence and will receive his green card in the mail.

Before filing anything with immigration, see a lawyer. Many lawyers offer free or low cost consultations. You should get legal advice to make sure you are eligible to file the application. Check to make sure that the lawyer is licensed and in good standing with the bar of his/her state.