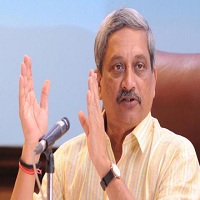 India seeks US help for missing AN-32 aircraft

Union Defence Minister Manohar Parrikar has told Parliament that India has sought help from US to check if their satellites captured any signals from the missing AN-32 aircraft, while noting there was very little possibility that sabotage played any role.

Giving clarifications on the missing aircraft in the Rajya Sabha, the minister said he was disturbed at the aircraft’s sudden disappearance, and even experts are puzzled.

Assuring the house that the aircraft had “adequate lifetime”, Parrikar also said that maximum efforts are being made to reduce accidents and also that any aircraft not fit for flying was not flown.

He also said that the aircraft had undergone its first overhaul, and had already flown for 179 hours after that. The pilot had flown for over 500 hours on the route.

An Indian Air Force plane with 29 people on board had gone missing over the Bay of Bengal amid inclement weather.