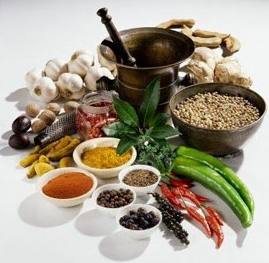 Development of standards of ASU medicines is a ongoing process taken up by Pharmacopoieal Commission of Indian Medicine & Homeopathy and Pharmacopoeia Committees.

Central and State Drug Laboratories for testing of ASU medicines are in place and as of now 55 laboratories are approved under the provisions of Drugs & Cosmetics Rules, 1945.

It is mandatory for the manufacturers to adhere to the prescribed requirements for licensing of manufacturing units & medicines including compliance to Good Manufacturing Practices (GMP) and quality standards of drugs given in the respective pharmacopoeia.

Proof of safety & effectiveness required for issuing manufacturing license for various categories of ASU medicines is prescribed in Rule 158B of the Drugs & Cosmetics Rules, 1945.

Accordingly, the Licensing Authorities/Drugs Controllers appointed by the State Governments are empowered to grant or renew license for manufacturing of ASU medicines and to take necessary action against the defaulters acting in contravention of the legal provisions.

Herbal medicines as such are not defined in the Drugs & Cosmetics Act, 1940 and Rules there under.

However, Ayurvedic, Siddha and Unani (ASU) medicines made from herbal/plant materials and other ingredients are regulated in the country through exclusive quality control provisions given in the Drugs & Cosmetics Act 1940 and Rules there under.

Instances of fake such medicines have been reported, which are defined in chapter IV A of the Drugs & Cosmetics Act, 1940 as spurious, misbranded and adulterated types along with the penal provisions for the defaulters.

Complaints of substandard medicines are forwarded to the respective State Regulatory Authorities for taking action in accordance with the legal provisions.