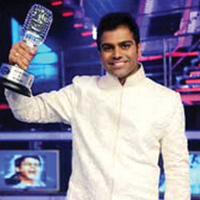 The fifth Indian Idol is the versatile singer from Hyderabad 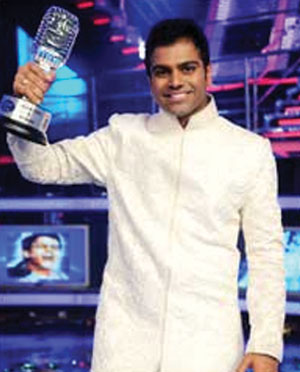 Amidst much pomp and fanfare, the winner was announced by megastar Amitabh Bachchan. The overwhelming realization of their son’s victory left Sreeram’s parents, who came to attend the finale, speechless. The elated winner thanked one and all for his win. Sreeram’s home at Bowenpally in Secunderabad wore a festive look as family members, friends and neighbors celebrated his victory.

The grand finale of Indian Idol season 5 organized at the Filmistan Studio in Mumbai on August 15 was host to a mélange of celebrities such as Kareena Kapoor, Kailash Kher, Richa Sharma, Alisha Chinai, Shankar Mahadevan and to top it all Bollywood’s Big B, Amitabh Bachchan, who is set to host the quiz show Kaun Banega Crorepati 4. Bachchan’s presence as always made the show more lively and vivacious. The three contestants got to play Big B’s own game, Kaun Banega Crorepati, with a twist. For the first time, Big B sat in the hot seat and answered questions asked by the three finalists. Mr. Bachchan also wrote a poem for the top three contestants, which he quite mellifluously recited to the audience.

The 24-year-old singer’s big victory on India’s popular show has landed him Rs. 5 million cash, a one-year contract with Sony BMG, and a Tata Winger car. The young singer also won the golden chance to sing a song in a Yash Raj Films’ project. Sreeram’s victory didn’t quite come as a surprise for the audience and fans of the show as the melodious vocalist consistently performed well on the show and received compliments galore from the show’s judges, celebrity guests, and the Indian music fraternity at large. He was considered to be the most technically sound and versatile singer on the show from the beginning.

It was the first time that not two but three finalists were selected for the finale. During the finale, all three contestants marked Independence Day with beautiful patriotic performances. 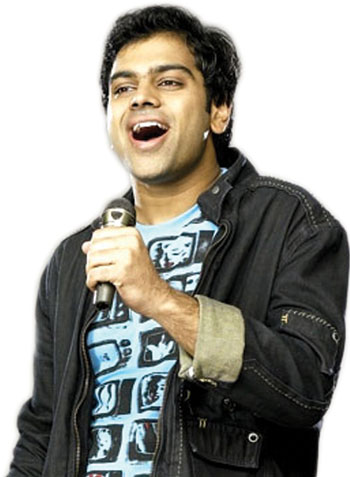 Of the 13 finalists selected by the judges for the gala rounds, Vishwas Rai was eliminated in Round 1, Meghna Kumar in Round 2, Manisha Karmarkar in Round 3, Yashraj Kapil in Round 4, Arpita Khan in Round 5, Sashi in Round 6, Naushad Ali Kawa in Round 7, and Tia Kar in Round 8. In a major turn of events, Rakesh Maini was evicted in Round 9. However, the judges used their ‘veto power’ and retained him. The last to be eliminated was Swaroop Khan. And thus, Indian Idol Season 5 got its top 3 – Bhoomi, Rakesh and Sreeram.

The show serves as a promising launching pad for the finalists. Interestingly, the Guju girl Bhoomi Trivedi, who was the only female finalist of the show, was chosen as the new radio jockey of Radio Mirchi 98.3 FM. The announcement was made at the grand finale of the music reality show. Sreeram Chandra has already made his debut in the Telugu movie industry. He also sang a song with Shreya Ghoshal for Salim Suleman Merchant during the course of Indian Idol 5. Rajasthani singer Swaroop Knan also got the chance to sing a song as the playback singer for Bappi Lahiri.