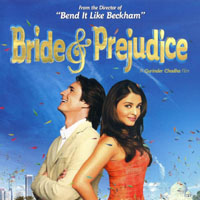 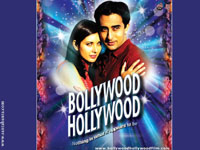 The term crossover cinema never crossed our minds, till very recently. Sixties and the Seventies were the years of The Formula. Hindi cinema thrust its viewers into arrogant colours, dumdar dialogues, around-the-tree romance and a surfeit of “dishoom-dishoom”. Things were exciting enough at home. The public did not need to look further than the slopes of Gulmarg for a song and dance sequence. Asha Parekh or Babita with cottonwool balls stuck to their chiffon sarees made the fashion statement. The star-struck crowd had their breath knocked out by one Angry Young Man standing out amidst the multistarrers. Amitabh Bachchan had arrived on the Bollywood scene.

The main reason for the hullabaloo of the The Formula type of films could be attributed to the Indian mindset, which at the risk of sounding condescending is more emotional than rational. Intellectually the Indian audience has a long way to go than say the American or European audience, which is not to say that American films are subjects of great substance.

Today things in the entertainment sector have gone through a colossal change. There has been a trend to experiment with storylines and techniques thus infusing freshness in the scripts. The past three to four years has seen an onslaught of what may be termed as crossover films.

The typical Bollywood candyfloss romances doing the rounds are giving way to a new breed of offbeat films that are wooing India’s growing English-speaking urban elite.

As the line between people, places and preferences begin to blur to include a new global reality; stereotypes about India and Indian culture are beginning to break to form a mosaic of intriguing patterns. It’s the era of the “Indian Crossover”. The idea of India and all things Indian have made massive inroads into the popular psyche across films, television, art, music, dance and even food.

Dismissing initial skepticism about being a song-and-dance extravaganza, Bombay Dreams, a musical with a background score by A.R. Rahman, produced by Andrew Lloyd Webber, stormed Broadway and ran to packed houses  a repeat of its performance at London. The $14 million musical, a story of a poor boy falling for a rich girl in Bollywood, was a mega hit in England for two years where it was watched by more than 1.5 million theatre-goers.

Bend It Like Beckham, with its steamy flavor of humor about the white and Asian populace in a London corner, topped the British charts for weeks, grossing more than 11 million.

In the same genre came movies like Bride & Prejudice, a re-working of Jane Austen’s much-loved and oft-adapted classic. This time moved to India, LA and London with a contemporary setting and a Bollywood gloss.

Bride and Prejudice was entertaining enough. It had lavish spectacular moments, lots of local color, gorgeous settings, beautiful actresses, and the characteristic songs, that are typically associated with the Hindi movies or rather enjoyed by the “desi” Indians living abroad. It dealt with the conventions of Bollywood  for instance, the lovers never kiss, just embrace chastely, preferably in front of a massive florid sunset. It introduced the age- old concept of arranged marriage in a new light 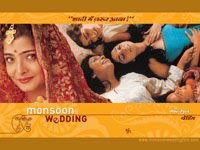 The success story of “Monsoon Wedding”, another film in the crossover genre, was a mind boggling 2,104,439 in UK and $13,882,786 in the US. Critics and audiences alike loved it for the way it captured the paradoxes and pleasures of contemporary urban Indian society, a combustible marriage of ancient traditions, global consumer culture and high-tech communications. It won the top award for best picture at the Venice Film Festival (2002) and broke box-office records in New York and other cities throughout the US.

Around 95 percent of the prints of Indian movies in Britain are with the big cinema chains. “Lakshya” opened across 60 screens in the US, of which 18 were with big chains. The per screen average collections of Lakshya in the first week stood at $6,440, with the film ranking fourth among all the releases that weekend and ahead of Harry Potter

The woman most Indians love to love  Aishwarya Rai  was the face of the Time magazine last year. Her film Bride and Prejudice, directed by Gurinder Chaddha (of Bend it Like Beckham fame) did well within that category. Complimented the most beautiful woman in the world by Julia Roberts, Rai was invited to be a jury member at the Cannes film festival and is the new brand ambassador of cosmetics house L’Oreal. The highest paid actress in India is working opposite Meryl Streep in “Chaos”, which is French director Coline Serreau’s remake of her acclaimed drama about a housewife who adopts a battered prostitute. 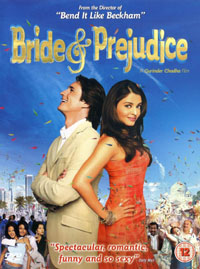 Riding the Hollywood-Bollywood confusion are filmmakers like Gurinder Chadha with her Bhaji On The Beach and Mira Nair with Salaam Bombay. The term crossover has made itself heard in reference to these films that were finding a popular foothold in Western sidewalks, especially among the non-resident Indian (NRI) throng. The sudden heady success of Bend It Like Beckham, Monsoon Wedding, Fire et al made the critics feel that Indian cinema had crossed over. The only little anomaly was that the makers of these films were not really Indian film makers, but those of Indian origin based abroad.

And they were selling the big Indian dream from the NRI perspective. Nagesh Kukunoor’s Hyderabad Blues was a landmark film of this genre. Both abroad and in India, there was a sudden flush of young, urbane filmmakers flooding the multiplex audience with a plethora of films like Leela, American Chai, American Desi, Let’s Talk, Everybody Says I’m Fine, Split Wide Open, The Guru and what-have-you.

NRI became the three-letter buzzword in the market. Big names bit the hook. Deepa Mehta, sinking in the troubled Water of her trilogy, promptly made a U-turn and fished out a popular Bollywood/Hollywood film from her kitty. In Bollywood itself, piebald veterans like Subhash Ghai and Pritish Nandy dished out Joggers Park and Mumbai Matinee from their freshly structured production houses. These were niche, experimental films aimed at the NRI/urban Indian market. Not many were thinking of making films for the masses in remote parts of Bihar.

The last few decades have seen a substantial growth of Indians settling abroad, a producer of a multilingual film has been quoted as saying. If we have nearly three million Indians abroad, we have a hundred million here, who are connected to those abroad. The crossover films must address the reality of this new generation of Indian immigrants and their relatives and friends scattered around. And they are not looking for escapism or fantasy as in the traditional Indian films.

Furthermore television is also not devoid of the Indian populace. Television is also becoming popular among the “desi” Indians abroad. Take into account of shows like Kumars at No. 42. Part scripted comedy, part improvisation, part genuine interview, The Kumars at No. 42 is a typical Indian family living in the north of London – have hit upon a unique method of Keeping Up with the Joneses; they have bulldozed their backyard and erected a state-of-the-art TV studio, where they host their very own talk show.

The unique thing about The Kumars at No. 42 is the silly stuff that goes on inside the house before the guests are interviewed in the studio. The show’s concept certainly lends itself to comedic moments and there’s genuine discomfort among the guests who don’t know what to expect. Television has also slowly but surely made inroads into the psyche of the Indians living abroad. The protagonists of the show are Indians based in London

Besides these an array of programs has taken after many in the West, one can find the likes of them in shows like “Indian Idol”, “Gurukul”, etc. Indian Idol, a compelling entertainment series combining drama and reality with music, humor, thrill and glamour designed to trace the journey of budding stars whom the entire nation follows, relate to, empathise with and finally choose, derived its inspiration from the format that premiered as Pop Idol in UK in October 2001.

We can almost deduce the trend that with more international releases and more crossover films and experimental programs the Indian film and Television industry is thinking truly global. Indians are experimenting and they are going pandemic in all mediums available, not just cinema.

Today the losses that a film makes in the domestic market are, many a time, evened out in the international market, in form of crossover films or films that the Indian NRIs enjoy. Indian and cross over films have become the toast of the world.”Formula Film” is no longer the only source of entertainment. More and more crossover films are being made. Indian and Indian origin filmmakers based abroad are thinking differently and have started to think big.

While sounding bullish it can be safely said that the entertainment industry, is going through a plethora of change. The urban elite coupled with the critical generation of today are not willing to take anything nonchalantly, even if it meant entertainment. The new millennium belongs to the young, throbbing and experimental filmmakers who are churning out films that appeal to the crowd globally. And Indian cinema has in its own right carved a niche for itself in India as well as in abroad.

September 2005
NRI Returning Back To Home