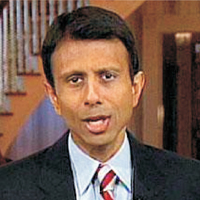 Indians in US Politics

Traditionally, it is believed that Indians are very good at politics, whether it is within the confines of their homes, or in their locality or community, or in the greater spheres of state or national politics. That may be why, often when things do not go the way we want, we say – it’s all because of politics. It is interesting that those carrying forward this home-grown penchant for indulging in the matters of state are the Indians who have left their motherland for a different future.
The Indian immigrants to the United States are no exception. It is estimated that presently about three million Indian Americans live in the land of Uncle Sam and make up the fourth largest immigrant group in the U.S. behind Mexican Americans, Chinese Americans, and Filipino Americans. This sizeable community has really done well for themselves in their adopted country. They are one of the most educated immigrant community’s with the highest median household income, and the smallest numbers of people living below the poverty line. These Indian Americans have contributed tremendously to America’s economy, especially in the hotel/motel and computer/software industries, as well as in the healthcare field.

Perhaps the professional success of the Indian American community has prompted them to look in other direction and give something back to the country by getting involved. More and more Indians are entering politics, and are doing pretty well in their political career as Republicans or Democrats. The National Asian Indian Republican Association (NAIRA), a forum founded by a group of dedicated Asian Indian Republicans in Colorado, dedicated to championing the cause of Asian Indians within the Republican party. NAIRA promotes Asian Indian values and culture, and seeks to increase Asian Indian visibility with local, state and national leaders.

At the same time, many Indian individuals have raised their voice and represent various parties in their town, city or state There has been an upsurge of interest in elections, not just among the second generation now coming of political age, but also among the first generation, many of whom have become naturalized and are increasingly confident about their place in the United States.
Most would agree that the current face of Indian Americans in U.S. politics is Louisiana’s Governor, Bobby Jindal. Jindal, a 38-year-old Republican, was a member of Congress for Louisiana’s First congressional district before he was elected Governor in 2007. In fact, not only did Jindal become the youngest current governor in the United States, he is also the first non-white to serve as governor of Louisiana since African American P. B. S. Pinchback, who served the state during Reconstruction. Jindal is also the first American governor of Indian descent.

Though Jindal may be considered the current face, earlier references to the NRI community’s political history in the U.S. draws obvious reference to Dalip Singh Saund (1899-1973). A member of the United States House of Representatives, Saund served the 29th district of the State of California and was the first Asian American, Indian American, and Sikh

member of the United States Congress. He is to date the only Sikh to have served in Congress. In November 1955, Saund, a democract, served in the House of Representatives and was re-elected twice, becoming the first Asian American, and the first Indian American to be elected to Congress. In May 1962, he suffered a severe stroke that left him unable to speak, or walk without assistance, thus ending his congressional career.
Among present-day politicicans of Indian origin, 40-year-old Satveer Chaudhary, a member of the Minnesota Democratic-Farmer-Labor Party, is a state Senator in Minnesota. Chaudhary is the first Asian American to hold an elected office in Minnesota, and is also one of the youngest senators in the state’s history.
Another worthwhile mention is that of Swati A. Dandekar, a Democrat who is Iowa State Senator for the 18th District. She was a member of the Iowa House of Representatives for the 36th District from 2002–2008. Dandekar is a member of several committees in the Iowa Senate and was elected to the Senate in 2008.

Kumar Bharve, of Marathi origin, is a member of the MarylandHouse of Delegates, and he represents the 17th district in Montgomery County. In the Maryland legislature, Barve is the Majority Leader and a member of the House Ways and Means Committee. A very active politician and social welfare leader, Bharve introduced and helped enact the Patient Access Act—the first bill in the nation to regulate HMOs. He also created the Technology Development Corporation of Maryland, which has become the central focal point for fostering high-technology development in Maryland.

Democrat Upendra J. Chivukula, who has served in the New Jersey General Assembly since 2002, represents the 17th legislative district. Born in Nellore, India, Chivukula became the first Indian American elected to the New Jersey General Assembly and the fourth Indian American in the United States to be elected to state office. Chivukula has been the Assembly’s Deputy Speaker since 2007.

* Rajeev Kumar Goyle, 34, represents the 87th District in the Kansas House of Representatives. An attorney by profesion, Goyle was elected to the House in 2007.
* Nimrata Nikki Randhawa Haley serves in the South Carolina House of Representatives where she represents Lexington County. She is the first Indian American Republican state legislator in the United States. Haley is currently the Republican nominee for Governor of South Carolina.
* Jay Goyal, the Majority Whip of the Ohio House of Representatives and a Democrat representing the 73rd District.
* Saqib Ali, of Indian and Pakistani descent, is the first Muslim to serve as a state delegate in the Maryland House of Delegates. Elected in 2006, Ali represents the 39th District.

Mayors. Harvinder “Harry” Anand was elected Mayor of Laurel Hollow, New York, in 2007. He is the first elected Indian American Sikh Mayor in the State of New York. Anand also serves as the Commissioner of Police for Laurel Hollow and as the Director of the Nassau County Law Enforcement Exploring Advisory Board. He is an active member of the Nassau County Police Reserves.

Indian American City Council Representatives:
* Harry Sidhu, Republican, currently serves as an Anaheim City Councilman in Orange County, California. Elected in November 2004, he is the first person of Indian heritage to serve on the city council.
* Dr. Satish Mohan, a professor of Engineering at University at Buffalo, serves as the Town Supervisor for the town of Amherst.
Apart from the above named, many others are involved with various matters of state and government in diverse role:
* Dr. Joy Cherian is the first Asian American and first Indian American Commissioner at the United States Equal Employment Opportunity Commission (EEOC).

* Neel T. Kashkari, a young Kashmiri, was the Interim Assistant Secretary of the Treasury for Financial Stability in the United States Department of the Treasury.
* Preeta D. Bansal is a leading Indian American lawyer whose career has spanned government service and private practice. She is a member and past chair of the United States Commission on International Religious Freedom (USCIRF), former Solicitor General of the State of New York. Bansal serves in the Obama administration at the Office of Management and Budget as General Counsel and Senior Policy.

* Rachel Kunjummen Paulose, from Kerala, is an attorney

for the Securities and Exchange Commission in Miami, Florida. She was the first Indian American woman, the youngest person, and the first woman to lead the District of Minnesota.
* Faizi Faz Husain was the first Muslim and the first native of India to win elected office in Michigan. He was elected to the Ypsilanti City Council. He was also a candidate for mayor in 1993, a delegate to the Democratic National Convention in 1984, and traveled to India with President Bill Clinton on a trade mission in 2000.

Kamala Devi Harris, a criminal advocate and the current District Attorney of San Francisco, was cited by the New York Times to be among the 17 most likely women to become the first female President of the United States. Harris is a candidate for Attorney General of California in 2010.
While the list is unending, it clearly vindicates the general belief that there is a growing tendency among Indian Americans to get involved in state affairs. This trend is good, not only for the upliftment and wholesome welfare of the community itself, but also for the country. However, it is important to note that the often-heard allegation against immigrant politicians that they seek votes mainly on the basis of their ethnicity is not true – that it is their work that speaks for their performance, and not what they are. That fact affects their personal credentials and in turn, speak about the astuteness and dependability of Indians as a whole.

Letters to the editor
December 2009