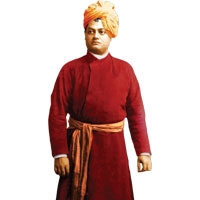 Interfaith Dialogue at the University of Miami By Rev. Hudder

I’m honored to be among you today and hope to be able to add something of value to the interfaith conversation.I must admit that I am somewhat overwhelmed as one Christian, from one protestant denomination, to be speaking as the Christian witness among you. Although to be Christian means to profess belief in Jesus Christ and a commitment to follow his way, what that belief looks like and the interpretation of how to follow him offers an extremely wide and divergent range of understanding.

Although there are different sects within some of the faiths represented here, there are at least 1,500 different sects that claim the name Christian. How any one will react to efforts at interfaith dialogue and cooperation depends on just what Christian group they happen to be.

A common question I hear is “Do Christians believe that followers of othert religions are doomed?” According to Rev. Brooks Ramsey:

Some do, but others don’t. Christianity consists of people who disagree diametrically on many subjects. Some take the Bible so literally that they include in God’s plan only a small minority of the world’s population. Other Christians, however, view Christ in a larger perspective and emphasize inclusion rather than exclusion. God is a God of love, and those who live in love know God. That is the emphasis of the First Epistle of John, “Beloved, let us love one another; for love is of God, and he who loves is born of God and knows God” (I John 4:7). I believe that Christ came to reveal to us a God who cares for all people. He constantly broke boundaries and found faith in unexpected places. In a Roman Centurion, he discovered a faith greater than any among his own people (Luke 7:1-10). In John’s Gospel Jesus said, “ I have other sheep which are not of this fold…” (John 10:16).

I agree with Rev Ramsey, although other Christian clergy may not.

Given the diversity within Christianity, there have long been efforts to get Christians to be able to dialogue with one another in what we consider ecumenical movements. The ecumenical challenge arises both from differences in theological interpretations of our scripture, as well as from different methods and purposes in building relationship with persons of other faiths.

The World Council of Churches (WCC), a fellowship of Anglican, Orthodox, and Protestant churches founded in 1948 has long been a leading proponent of ecumenism. Member churches of the WCC have developed guidelines that a diversity of ecumenical partners could embrace, even when engaging in interfaith dialogue. For those churches, the practice of interreligious dialogue is based on our common humanity.

There have been numerous efforts to come together within Christianity and some of those efforts have been successful. My faith group is the result of four Christian strands coming together in 1955 to form the United Church of Christ.

If we go back to what I view as the core tenets of the teachings of Jesus I believe we do have a solid basis for working with other faiths in an effort to bring peace and healing to this world, and to the very earth on which we walk. Jesus commands us to love neighbor as self, and beyond that, to love one’s enemy.

As Swami Vivekananda was a man of peace, so too Jesus preached non-violence turning the other cheek, and again, loving all humanity.

Care and compassion were another focus of Jesus’ ministry as heurged us to care for one another, to share with the poor, not to judge others.And in the first book of the Bible we read of God’s creation of and care for the earth. God commands that we be stewards of the earth, to care for all that God has created.

These are areas in which we can, and should, be able to reach across our faith traditions and come together, not as people of different religions, but as people created by God, regardless of how one names or leaves unnamed the force of creation.

Many Christians long for interfaith dialogue and cooperation based on nothing more complicated than our common needs and hopes for a healthy planet and peace among all peoples. Organizations such as one I belong to, Miami Coalition of Christians and Jews, look to ways to affirm one another while maintaining one’s own sense of religious integrity. Our common efforts to heal our planet, to work together, and to meet, sometimes in purely social settings, can begin to build a degree of trust and comfort among us. And the more we gather in settings like this, to learn about our brothers and sisters of other faiths and cultures, the more we may be able to achieve the goal of true interfaith community.

About the Speaker
Reverend Dianne Hudder is in a 4-Way Covenant with Christ
Congregational Church as her home church, the Florida Conference United Church of Christ, and VITAS Innovative Hospice Care, Inc., where she engages in her ministry, serving as Manager of Bereavement Services.