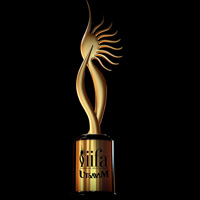 True, it was indeed a stellar presence of the who’s who of Indian Film industry at the recently concluded International India Film Academy (IIFA) Awards ceremony.

IIFA, started in 2000, as a first of its kind effort to promote Indian cinema at the global platform and reach out to the millions of admirers of Indian films across national boundaries, has gained in popularity and stature over the years. As it is, the Indian cinema has slowly begun to penetrate the international arena and the global audience is accepting films by Indian as well as non resident Indian filmmakers like never before. Under such circumstances, IIFA makes a sustained and well-directed attempt to hold aloft the banner of Indian cinema before the world and garner maximum mileage, especially through the annual IIFA Weekend event that takes place at different locales every year.

Beginning in 2000 at the Millennium Dome in London, IIFA has returned again to the United Kingdom this year after having staged the function in different venues like Sun City, Kuala Lumpur, Johannesburg, Singapore, Amsterdam and Dubai. Needless to say, in each city, the event was a roaring success, celebrated with fun, frolic and extravaganza not only by expatriate Indians, but also by the residents of the host countries. TRUE,

Like all previous years, the IIFA Weekend at Yorkshire County was observed with the same passion, drive and creativity that is the trademark of Indian cinema. The event was jointly hosted by the cities of Leeds, Hull, York, Bradford and Sheffield and included shopping festivals, food festivals, movie shows, cinema workshops, and sporting events.

Most notable among these events were certainly the world premiere of forthcoming Indian films, exhibitions and the showcase of to-be-released films in front of the global audience. At this particular event in Yorkshire, Anil Sharma’s film “Apne’ which cast the entire Deol family of Dharmendra, Sunny and Bobby, and also Anil Kapoor’s “Mahatma – My Father” starring Akhshaye Khanna were presented before the anticipating audience. Salman Khan’s English film “Marigold” received tremendous appreciation. The film festival showcased a panorama of Indian cinema and also presented a retrospective of the celebrated director Hrishikesh Mukherjee’s films. The film related workshop discussed the seminal works, techniques and approaches to film making of the legendary director Satyajit Ray. A presentation regarding business opportunities related to the film and entertainment industry in India and cooperation between Yorkshire and India in regard to these sectors were also held. On the other hand, lighter aspects, such as the special celebrity Cricket Match held at Headingley between IIFA XI and Yorkshire Country were held during the festival. The match featured former test players like Gladstone Small, Azharuddin, Kapil Dev and Ajay Jadeja as well as a host of Bollywood stars. The accrued proceeds were donated to various designated and reputed charities.

The highpoint and the most awaited event of this celebration was indeed the IIFA Awards. Attended by a packed capacity of over 12,000 awestruck cinelovers, the event had all the ingredients of a Bollywood extravaganza. Attended by almost all of the bigwigs of Bollywood with the marked exception of Shahrukh Khan and Rani Mukherjee, the event had adrenaline flowing from the first moment.

The event began with the appearance of the Brand Ambassador of IIFA and arguably the First Person of Indian cinema at this moment, Amitabh Bachchan. He entered the stage in a Morgan car and introduced the event before the thunderously applauding audience with his graceful self.

What followed next was simply magic. The main show started with a sizzling performance by the sensuous beauty, Bipasha Basu, who set the stage on fire by her dance performance with the famous “Biri Jwalaile” song from Omkara. Keeping up with the tempo, a series of mind boggling performances were rendered by the top billed actors and actresses of the Indian film industry.

Aftab Shivdasani, Raima Sen, Imran Hashmi and Akshaye Khanna displayed their mettle as stage performers, shaking a leg with a medley of songs. So were Saif Ali Khan and Shilpa Shetty, with the latter performing first time in front of a roaring British audience after her newfound demi-god status that followed her success at the Big Brother Television Show. But, this could be said without any argument that the best was kept for last. The two final performances, one by Abhishek Bachchan dancing to his forthcoming film Jhoom Barabar Jhoom, had the audience in raptures.

The overwhelming response reached the pinnacle when Amitabh Bachchan joined his son to dance in the final moments. The second grand moment and the last dance was by dancing sensation, Govinda, matching steps with Salman Khan with numbers from their film Partner.

However, the moment of the evening was certainly the emotional embrace between Amitabh Bachchan and the strong man of Indian cinema Dharmendra on stage, where the latter was honored with a lifetime achievement award for his contributions to Indian Cinema. A sentimental speech by Dhamendra and his two sons, Bobby and Sunny, left all present in the auditorium teary-eyed.

Certainly, such camaraderie, love, affection and respect for each other are only seen in the Indian film fraternity. Bidding adieu to the audience and the County of Yorkshire, IIFA assured of more to come from their end in future days and hoped to continue to get support for Indian films from all over the world. It was truly and surely an all-out hit and no doubt in saying that for Yorkshire, it was “Love at First Sight” with Indian cinema!