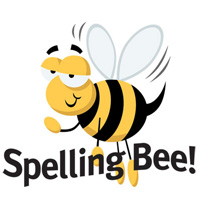 And then there were only 15. On May 31, 2007, the nation’s brightest spellers eagerly waited on stage at the Grand Hyatt in Washington, DC, to begin the championship round of an annual, much loved and much respected event. The 80th Annual Scripps National Spelling Bee brought together some of the most intelligent students from around the United States and Canada. This year, at 286, the number of participants was greater than ever. Students, grades 4 through 8 and ages 10 through 14, competed for the venerable title of “Spelling Bee Champion.”

The Scripps Spelling Bee is a special, week-long event for the students and parents alike. The spellers form a sort of cult as many are seasoned players having attended the Bee several years in a row. Activities range from sightseeing in Washington, DC to barbeques where all can socialize. Perhaps the most special moment for finalists came when they had an opportunity to meet privately with Mrs. Laura Bush, the First Lady.

With experienced speller Samir Patel at the lead, the South Asian community was well-represented by a number of students, with three bright students making it to the finals. Samir, a 13 year old Texan, competed for the fifth time. Supported by many around the U.S., Samir was deemed to be a favorite to win. Having placed second in 2006, he sadly was defeated by the word “clevice” in round five and did not go on to the final round. Despite this, he remains a champion in the eyes of all!

At the age of 11, Kavya Shivashankar was the youngest finalist to grace the stage. Like many of her fellow spellers, Kavya has many interests outside the world of spelling. She plays the violin and is diligently learning bharatanatyam. Kavya has even passed on her love for spelling. Her little sister wants to be a spelling bee champion one day!

In her first trip to the National Spelling Bee, Nithya Vijayakumar, 13, made it to the finals and all the way to round seven. With time running out, Nithyastruggled with word “pelorus,” and was comforted by her parents as she left the stage. Nithya is also an avid student of bharatanatyam. She has even earned a junior blackbelt from a prestigious karate academy.

With only five spellers left, Prateek Kohli, 13, made it to round nine and was defeated by the word “oberek.” An eighth grader, Prateek first became interested in spelling while watching the National Spelling Bee on television at the age of nine. He plays the tuba and performs in local festivals. Prateek hopes to be an astronaut someday.

This year, the finalists were an experienced bunch with many returning for their second, third, and fourth times. In the last two rounds, the competition was down to Evan O’Dorney, a 13 year old from California, and Nate Gartke, a 13 year old from Canada. In the end, Evan spelled “serrefine” correctly making him the 80th Annual Scripps National Spelling Bee Champion!

Since 1985, seven of the Scripps National Spelling Bee Champions have been South Asians. The first to win the honorable title was Balu Natarajan in 1985. Since then, South Asians have made up a significant percentage of spelling bee participants with many making it to the final rounds.

At the end of a week-long of competitions and social activities, someone goes home a champion. In the end, they are all champions for having made it so far. Nearly all of these magnificent spellers excel at subjects totally unrelated to that of spelling. Many actively play sports or are musicians. Spelling and understanding the origins of words is only a small part in their enriched lives. Desh-Videsh congratulates all of these accomplished students for their academic and extracurricular excellence. C-O-N-G-R-A-T-U-L-A-T-I-O-N-S!