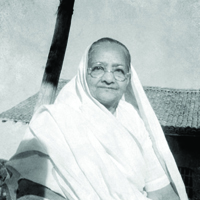 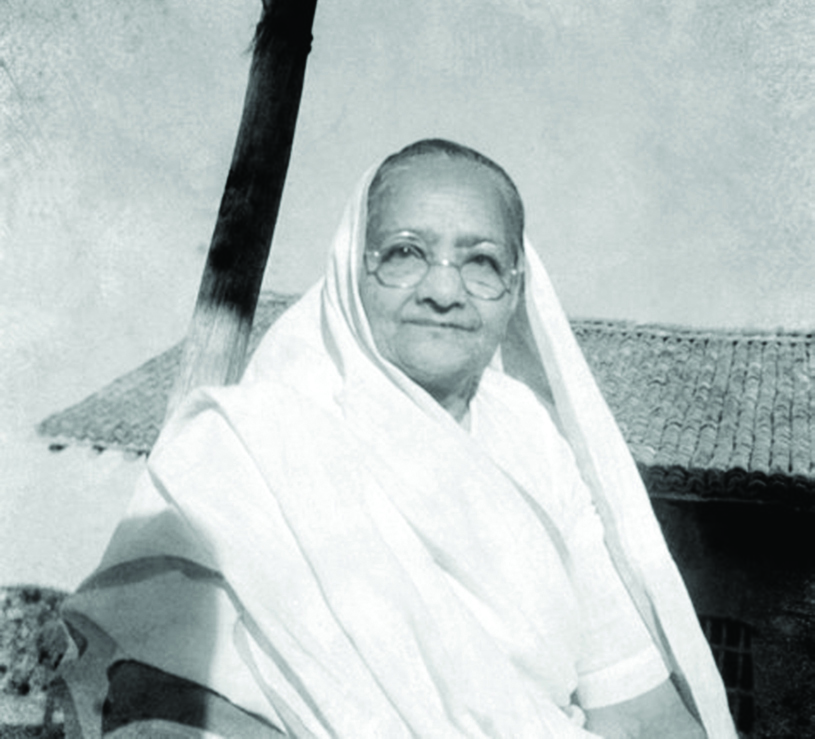 Mohan Das Karamchand Gandhi’s evolution from a lawyer, to becoming the face of India’s non-violent struggle for independence as the Mahatma, has been written about at great length. In this journey of a man who is regarded as the father of the nation, an integral companion was his wife, Kasturba Gandhi.

Kasturba Gandhi’s name is often lost in the face of Gandhi’s leadership, but she was his pillar of support, the first individual who was a part of him like none other. If he could convince her to give up her notions of caste and untouchability, he could convince others of the same. She was perhaps the only person who could disagree with him and point out to him his mistakes. She was his companion, his wife, his caretaker and later in life his representative too. 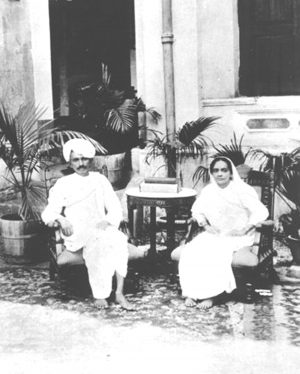 Born in 1869, in Porbandar, Kasturba was the daughter of Gokuldas and Vrajkunwar and she had two brothers. A leading merchant, her father was dealing in grains and clothand cotton markets in Africa and the Middle East and at one time was the Mayor of Porbandar.

The family was close friends with the family of Karamchand, the father of Mohandas Gandhi. Karamchand was the Dewan of Porbandar and married to Putlibai. Both sets of parents cemented their friendship by marrying their children. The children were engaged at the age of 7, and the wedding was celebrated in 1882 when they were 13.

In the early years of his marriage, Gandhi’s attempts to control Kasturba bore no fruit.

Historian Vinay Lal writes, “Kasturba never acceded to her husband’s wishes easily, and Gandhi’s autobiography itself furnishes are remarkable testimony to her tenacity and independence of judgement, and the sharp disagreements she came to have with him when, in the first two decades of their marriage, he unreasonably sought to bring her under his control.”

For years and months, she lived away from Mohandas while he was in England. With a toddler or two in tow, she stayed away for long periods from Gandhi when he travelled especially to England and Africa. She could not read or write and so exchanging messages would have been a problem.

Aparna Basu writes, “She had great courage, both physical and moral as can be seen from the grave illnesses she suffered and overcame, the hardships of her early days in South Africa and during her imprisonment. In fact, she was a source of strength to her fellow women prisoners.”

She exhibited great courage when she was in South Africa. One one occasion helping Gandhi escape when a white mob was threatening him and took her sons with her and found shelter in another house. While in Phoenix, she lived alone in the wilderness and when Gandhi was away she would keep everyone in the settlement in good cheer.

According to Aparna, “She began to exert very gently and in a dignified manner her authority and won the respect and cooperation of everyone. Though uneducated, she maintained the accounts accurately. She was extremely self-disciplined and soon became everyone’s mother or Ba.” 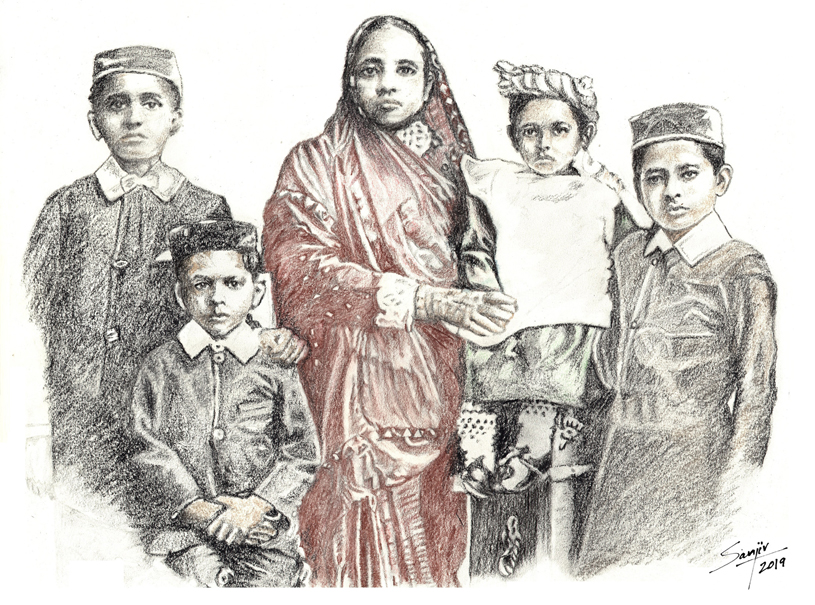 Ba – the mother and the grandmother

She was a loving mother and grandmother and was very attached to her children and her grandchildren. On her deathbed, her moments of joy were when she had her children visit her.

Sushila Nayar, who spent many years with the family wrote about Ba,”If there was anybody with whom I felt at ease, it was Ba. She talked to me sweetly in her broken Hindustani and looked after my needs. With all her greatness she had a mother’s simple heart and her motherliness pervaded the atmosphere around her.” 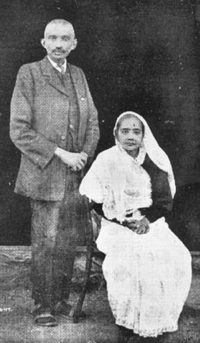 She was simple and gentle. And in her gentleness one can see the strength that came through. Over the years she kept pace with her husband and the different roles he was performing. She supported him in his quest for social, economic and political equality for Indians in India and before that in South Africa.

In fact as historians point out, she was among the first of the Satyagrahis, or nonviolent resisters, sent from Phoenix into the Transvaal to protest the decision of the South African government to declare all non- Christian marriages null and void.

In 1914 when Gandhi and Kasturba permanently returned to India, and Gandhi entered the Indian political scene in 1917, she became more of a political actor.

Gandhi in his own biography spoke about it, “According to my earlier experience, she was very obstinate. In spite of all my pressure she would do as she wished. This led to short or long periods of estrangement between us. But as my public life expanded, my wife bloomed forth and deliberately lost herself in my work.”

Her commitment to the freedom struggle was not just a part of the support she extended to Gandhi, but something she felt for deeply. Aparna Basu narrates:

“After his release, Gandhi was invited to Simla for talks with the Viceroy and Kasturba accompanied him. She was invited by Lady Willingdon to the Viceregal Lodge. This was the first time that a Vicereine had invited the wife of an Indian leader and Kasturba went accompanied by Anasuya Sarabhai who could act as an interpreter. When Lady Willingdon said that she would like some coarse hand spun khadi that Gandhi had popularised, Kasturba said that she would send her some. ‘I want to get in closer touch with the Indian people that way,’ said the Vicerine, ‘Could you send me something in mauve?’ ‘Certainly, I’ll send you lots of mauve. And by the way, I like your idea of getting in closer touch with the Indian people by sampling our homespun materials. You would also know them better if you lived down in the plains, where they dwell, instead of up here on these mountain heights’, said Kasturba.”

When the Quit India movement began gaining ground, Gandhi was imprisoned before he could address a public meeting in Shivaji Park near Bombay. Gandhi wanted Kasturba to take his place. Sensing that the police would stop her and imprison her too, Aparna says, “She, therefore, dictated to Sushila Nayar her message for the public. ‘Gandhiji poured out his heart to you for two hours at the All India Congress Committee meeting last night. What can I add to that? All that remains for us is to live up to his ideals. The women of India have to prove their mettle. They should all join in this struggle, regardless of caste or creed. Truth and nonviolence must be our watchwords.’” 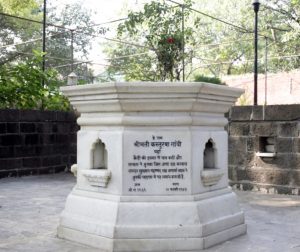 She was stopped on the way to the meeting, there were one lakh people in the park that day, and they went wild with enthusiasm when they saw her, but she was taken prisoner and sent to the Arthur Road Prison in Bombay. Kasturba said to Sushila, “I have a feeling I will not come out alive.”

The cell she was put in was dirty and she fell ill. After a few days she was removed to Aga Khan Palace in Poona where Gandhi was detained. This was to be her last prison sentence.

As a wife, Kasturba’s sacrifice is commendable. She opened her house to the nation and the freedom struggle and supported her husband in his efforts. It would never have been easy on her. She fasted when he was in prison, gave up on things she liked – good food, her religious beliefs and even her jewelry. Most importantly she did not object to his vow of brahmacharya.

Though she was a dedicated wife, she was far from submissive. She could hold her own and did make herself heard even if it was Gandhi at the receiving end.

“Kasturba’s handwriting was like that of a little child. She wrote each letter of the alphabet separately and the spacing between the letters was irregular. Gandhi tried to improve this and advised her to practice writing. Everyone had asked for a notebook and Kasturba also asked for one. Gandhi gave her a loose sheaf of papers and told her that she could have a notebook when her writing improved. She was deeply hurt. Sarojini Naidu sent for a notebook and Sushila took it to Kasturba who refused to take it and quietly went and kept it among Gandhi’s books. Everyone, including Gandhi who realized his mistake, tried to persuade her to write in the notebook but she replied in a dignified manner, “What do I need a notebook for?” 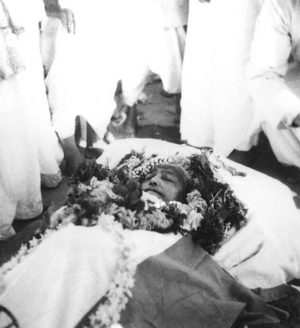 Her husband sat watching the funeral pyre till the end and when asked by someone to go rest, he remarked, “This is the final parting, the end of 62 years of shared life. Let me stay here till the cremation is over! That evening, after the prayer he remarked, “I cannot imagine life without Ba.”

Gandhi wrote that Kasturba was not behind him in any respect. “If anything she stood above me. But for her unfailing co-operation I might have been in the abyss … She helped me to keep wide awake and true to my vows. She stood by me in all my political fights and never hesitated to take the plunge. In the current sense of the word, she was uneducated; but to my mind she was a model of true education. She was a devoted Vaishnav. But she had obliterated all feeling of caste from her mind and regarded a Harijan girl with no less affection than her own children. She personified the Kasturba Gandhi ideal of which Narsimha Mehta has sung in Vaishnava Jana hymn. There were occasions when I was engaged in a grim wrestle with death. During my Aga Khan Palace fast, I literally came out of the death’s jaws. But she shed not a tear, never lost hope or courage but prayed to God with all her soul.”

Sarojini Naidu described her as “The living symbol of Indian womanhood. Never once did her feet falter or her heart quail on the steep path of perpetual sacrifice, which was her portion in the wake of the great man whom she loved and served and followed with such surpassing courage, faith and devotion. She has passed from mortality to immortality and taken her rightful place in the valiant assembly of the beloved heroines of India’s legend, history and song.”