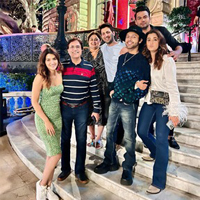 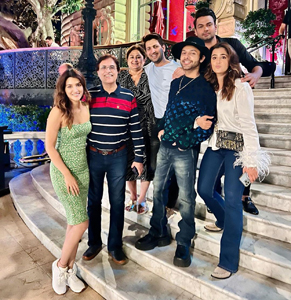 Bollywood actor Kriti Sanon took a break from her busy shooting schedule to vacation in Europe. At present, she is enjoying her French holidays with her family. She took to her Instagram handle and shared several photographs that describe not only the beautiful destination, but also the glamour and style statement of the actor. She is accompanied by her parents, Geeta and Rahul Sanon, and sister Nupur Sanon, who is also an actor.

She posed in denim outfits in front of the Eiffel Tower. Disneyland in Paris was also on her destination list, where she donned a red crop top with denim trousers in front of the gate. She also visited a variety of other places, including Paris at night. Her super cool and comfortable dresses made her look extremely fashionable. It seemed that she was having a relaxed and happy holiday with her family. She also posted a family photo with the skyline of Paris in the background. Daddy’s girl Kriti also shared a picture with her father Rahul Sanon. The pictures show the family bond between the four of them and how much they enjoy each other’s company.

Kriti’s acting has been highly praised following her stellar performance in the 2021 film Mimi in which she played the role of a surrogate. She has some interesting and big-budget films in her kitty. One of them is the mythological film Adipurush with south superstar Prabhas, Saif Ali Khan, and Sunny Singh. Other films include Bhediya with Varun Dhawan and Shehzada with Kartik Aaryan.