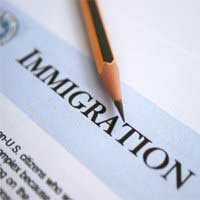 Violence Against Women
Act and Immigration

What is Violence Against Women Act (VAWA)

Violence Against Women Act or in short VAWA was the first legislation to address violence against women. This act was passed by Congress in 1994. VAWA essentially recognized the damage caused by domestic and sexual violence and allocated funds for helping the victims.

This act came as a route to liberation for many battered non-citizens because it gave them an inroad towards a proper immigration status. Before VAWA a battered immigrant stayed trapped in an abusive relationship for various reasons. They faced the threat from the U.S. citizens or the lawful permanent resident that they would either

Self Petitioning by the battered Spouse/children

Under VAWA the battered spouse and/or children can file a self petition. (Form I-360). The abuser does not have any part in this petition. The abusive U.S. citizens or lawful permanent resident need not be aware that such a petition is being filed or has been filed. In this self-petition the battered spouse can also include her children. An approval notice for the form I-360, gives the battered immigrants a legal status. They become eligible to receive employment authorization while they wait to adjust status and become lawful permanent residents.

Do you qualify to file a self-petition

To file for a VAWA self petition you need to be an intending spouse, spouse, child or parents of a U.S. citizen or a lawful permanent resident. If the abuser is neither a US citizen nor lawful permanent resident then you do not qualify for getting legal residency under VAWA. A self-petitioner spouse must submit marriage certificate and a self petitioner child must submit his or her birth certificate with the application.

Basic Requirements for self Petitioning under VAWA

Procedure of Self Petition

The provisions of VAWA were updated in the year 2000 in the Battered Immigrant Women’s Protection Act. The new act expanded on the various protections given under the 1994 VAWA and made the self-petitioning process smoother in many regards.

VAWA suspension of deportation or cancellation of removal: Next Issue

An Important disclaimer: The information provided is not legal advice. Reading this information does not constitute, an attorney-client relationship. Readers must not act upon any information without first seeking advice from a qualified attorney.