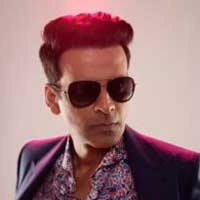 Manoj Bajpayee: My character in ‘Love Sonia’ is one of the deadliest characters I have played so far

The fine actor Manoj Bajpayee is one of the most talented actors in Bollywood who can rightly be called ‘the master of impeccable performances’.  In his phenomenal cinematic journey, the actor has always taken up challenging roles and delivered with great ease. We have always seen him  portraying many negative roles be it gangster in ‘Gangs of Wasseypur’ series, a psycho in ‘Road’ a dangerous faction leader in ‘Tevar’, the actor has always made character’s alive with his performance.  But the two time national award winner is all set to be seen one of his deadliest avatar in his upcoming film ‘Love Sonia’, thereby raising his own bar.

Love Sonia is an Indo-American film, which is directed by Tabrez Noorani and produced by David Womark who had produced the magnificent film ‘Life of Pi’. According to an insider, the makers have shot the film in many locations like Rajasthan, Mumbai, Hong Kong and USA. The actor has already finished shooting of ‘Love Sonia’ and the film has a mix of talented actors from Bollywood & Hollywood like Anupam Kher, Freida Pinto, Richa Chaddha, Rajkumar Rao, Demi Moore, Mark Duplass and many more

Spilling more details, Manoj Bajapayee says, “I have done many negative roles in the past but I feel my character in ‘Love Sonia’ is one the deadliest character I have played so far.  I have always believed in doing variations in my roles and after a comedy role in my upcoming film ‘Saat Uchakkey’ this one will be a complete contrast.  Love Sonia is made with some of the most talented bunch of actors and it was amazing experience to work with the entire team. The makers are looking to release the film in 2017.

Just recently, Manoj Bajpayee had received the ‘Best Actor’ award for ‘Aligarh’ in the 7th Jagran Film Festival where he won the hearts of many with his outstanding performance.  Looking at his bold choices for his future projects we are sure the actor has many more awards coming in his way!