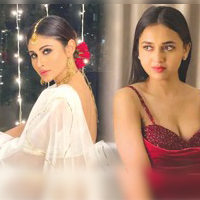 Mouni Roy in all Praise for the Naagin 6 Tejasswi Prakash 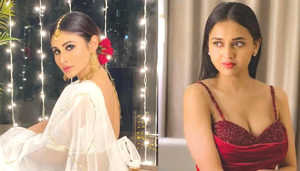 People still remember her as the first Naagin in the supernatural thriller of the same name and Mouni Roy has travelled a long path from her Naagin days. Presently she is celebrating the success of Brahmastra, the Bollywood film, where she has played the negative character of Junoon. However, Mouni acclaimed the lead actor of Naagin 6, Tejasswi Prakash calling her an extremely bright, pretty and sweet girl. Although Mouni said that she is yet to watch any episode of Naagin 6, she has a high estimation of Tejasswi.

Mouni has portrayed the role of Shivanya and Shivangi in Season 1 and 2 of Naagin respectively. This serial is produced by the eminent producer Ekta Kapoor. Mouni began her acting career in television back in 2006 with the mega serial Kyunki Saas Bhi Kabhi Bahu Thi followed by her portrayal of Sati in Devon Ke Dev…Mahadev. Naagin made her a household name and she took her flight to Bollywood movies. Her acting has been praised in the big-budget movie Brahmastra which was released on September 9 and running successfully. It has also been dubbed in 5 languages. She made her Bollywood debut in the film ‘Gold’ in 2018 opposite Akshay Kumar.

Tejasswi Prakash also started her acting career in Television and appeared in serials like Sanskaar – Dharohar Apnon Ki, Swaragini – Jodein Rishton Ke Sur, Pehredaar Piya Ki and others. She emerged winner of the reality show Bigg Boss 15. At present, she is playing the lead role in Naagin 6 with Simba Nagpal, Mahek Chahal, Amandeep Sidhu and others in key roles.