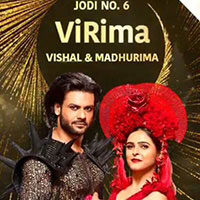 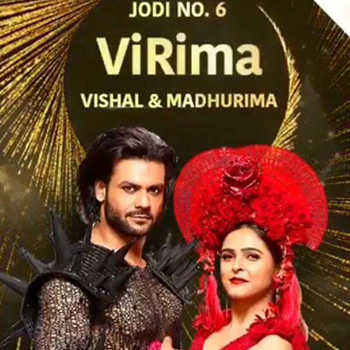 Nach Baliye continues to surprise it fans as Chandrakaanta leads Vishal Singh and Madhurima Tuli have been roped in as the second couple in the reality dance war. This Salman Khan produces dance reality show has already revealed Urvashi Dholakia as its first contestant. She will be seen sharing the stage with her ex Anuj Sachdeva.

The 9th season of the much-loved dance reality show shared a latest teaser introducing the second couple. Vishal Singh retains his hunky look, whereas Madhurima’s face is covered with a red mask. Both have been sharing a romantic interest past in 2017 after meeting in the show Chandrakanta. However, after a long term love affair, both decided to separate their paths in October last year.

The teaser can see Vishal making sincere efforts to unveil his partner’s face, but only to a vein, leaving the audience to guess what’s next. But we bring the news inside out for you and its confirmed that Madhurima will be seen as his dance partner in the reality show. This is just the second Jodi and various reports are already claiming the possibilities of many famous TV names to enter the show further.

The most possible names to be seen in the show are Anita Hassanandani and Rohit Reddy, Drashti Dhami and Neeraj Khemka, Rubina Dilaik and Abhinav Shukla. Reports also claim that Kasauti Zindagi Ki 2 fame Parth Samthaan and Erica Fernandes will be also seen in the show. And not just them, even Bandgi Kalra and Punit Sharma are also on calls to cast as another pair in the dance show. Well, it’s Nach Baliye who’ll be unveiling the shades with the coming time. But the interesting pairs are definitely going to rock the screens, yet again!