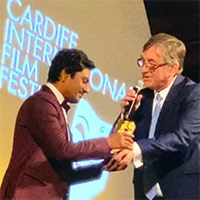 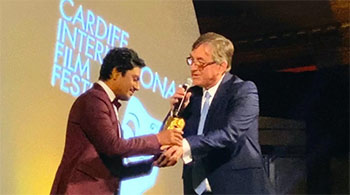 Critically acclaimed Bollywood actor Nawazuddin Siddiqui will be conferred with the Golden Dragon Award at the on-going Cardiff International Film Festival 2019. The Gangs Of Wasseypur actor will be receiving the award for his contribution to the world of cinema.

The founder at Cardiff International Film Festival confirmed the news and revealed that Nawazuddin will be their special guest at this year’s festival. The Festival was created in 2016. A number of known Indian and International names are associated with the festival, including director-producer Anurag Kashyap and TV actress Divyanka Tripathi Dahiya from India.

The Golden Dragon Award is given to artists who have shown excellent talent and have made exceptional contribution to the world of cinema. Nawazuddin, who is currently busy promoting his upcoming movie Motichoor Chaknachoor, is well-known for his roles in Mom, Badlapur, Maajhi – The Mountain Man, The Lunchbox, and Photograph. The actor has not just been part of critically acclaimed film, but commercial cinema as well. He has worked in movies like Bajrangi Bhaijaan, Kick and Raees. He has also worked in series like McMafia (a British crime drama series), and Netflix’s Sacred Games. The actor will next be seen in comedy drama Motichoor Chaknachoor, opposite Athiya Shetty.

The Gangs Of Wasseypur