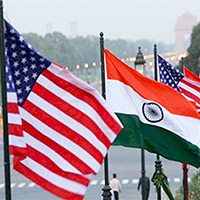 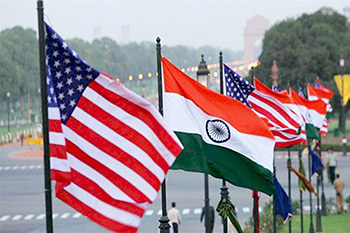 Hindu Americans see this resolution as a vicious act by Democratic Party activists to demonize the Hindu community, long considered by many to be a model minority community. Unfortunately, it has recently experienced numerous instances of hate crimes in the New Jersey area.

“The TDMC chose to make baseless assumptions and operate from a position of ignorance and hate,” said S. Rawal, a long-time NJ resident, who recalls similar instances in his childhood.

Teaneck City Council Members Keith Kaplan and Michael Santiago Pagan also issued a strong statement in response to the resolution, “Unfortunately, the TDMC resolution… was felt by some to condemn all Hindus, which encompasses many peaceful members of our larger community. Hate has no home in Teaneck.”

Hindu Americans called for an investigation into the individuals and organizations that may have incited the TDMC to pass this hateful resolution.

Interestingly, Alexandra Soriano-Taveras, the TDMC Chairman who signed off on the resolution, is no stranger to stirring up ethnic and religious animosity, having suggested boycotting Jewish businesses a year ago.

Hindu American organizations donated over 30 million pounds of food and over $50 million worth of supplies and other essential services during the pandemic to help the elderly or lower-income communities. “Our volunteers strive to serve humanity considering that as serving divinity,” said Rashmita Shanbhag of Sewa International USA.

The letter urged the TDMC to immediately rescind their hate-filled resolution and apologize for endangering the security, well-being, and safety of Hindus in New Jersey.

Is a Caribbean medical school worth it, and do you get a return on investment? By Dr. Bhartiben Patel
What Diwali Means to Me by Raj Shah