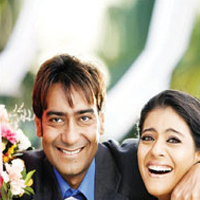 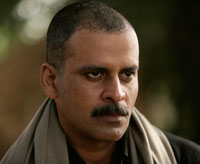 With remakes being the latest trend in Bollywood, after Don, Agneepath, Himmatwala, Chashme Baddoor and many more to come like Zanjeer, it is Manoj Bajpai’s turn to join the bandwagon. Manoj Bajpai will be seen in the remake of a Malayalam hit Traffic which is being remade in Hindi by Eyed entity Motion Pictures, a part of Endemol India. The film will also star the Bengali superstar Prosenjit and Parambrata. The plot of the story is based on five protagonists with diverse backgrounds and how destiny changes their lives with one incident and how their stories intertwine.

Industry Loses yet another Maestro
Lalgudi GopalaIyer Jayaraman more commonly referred to as Jayaraman was a renowned award-winning Indian Carnatic violin maestro, vocalist and composer. His sad demise on April 22, 2013 deeply saddened his fans and admirers. Sri Lalgudi Jayaraman inherited the gift of Carnatic music from his father late V R GopalaIyer. He started his career at a very young age of 12. At the age of 42, he was honored with the ‘PadmaShri’ by the Government of India in 1972. The loss of this great personality was condoled by many, the Sarod maestro Ustad Amjad Ali Khan and Jayalalithaa were among a few to name.

Pakistan Abandons SRK and Akshay Kumar Starrer Movies
Pakistan bans Indian movies starring Shah Rukh Khan (Chennai Express) and Akshay Kumar in Once Upon A Time In Mumbaai – 2 to be released on August 8 on the auspicious occasion of Eid in Pakistan and India. The reason however is not political. Pakistan just wants to save the limelight for their homemade productions. Four of their films, Mera Naam Afridi, War, Joshand IshqKhuda, are lined up for release during the same time. Pakistani filmmakers want more visibility for their movies than the Indian films. However, distributors are not very happy with the line up. Abdul Rashid, a leading distributor in Pakistan, said that Pakistani theatres generate most of their revenue from Bollywood movies. Well, its time Pakistan began to recognize, appreciate and encourage its homegrown talent.

Priyanka Chopra starts work on her upcoming movie based on the biopic of Mary Kom. Director Omung Kumar, however, does not want to use prosthetics to bring in the Northeastern features on Priyanka Chopra. Buzz has it that her look would be created in the post-production VFX stage. SRK’s VFX studio will be working on the sporting northeastern look of India’s female boxing champion. The reason behind not going for prosthetics is the fighting sequences that will make prosthetics difficult to manage. The director says that the team is working out options and the final decisions have not yet been made. But there is one thing you can be sure of – a power packed performance. 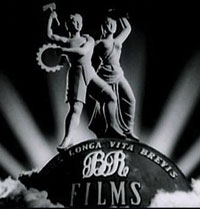 The Chopras Make it at the Last Moment
In the nick of time, the Chopras of B R Films managed to save their family house, the `B R House’ at Juhu, from the clamp of creditors. It was almost a race against time, even with two extensions from the High Court. It called for a mad rush late at night by Ravi Chopra himself to give demand drafts to 27 creditors worth Rs.31.97 crores to save their Juhu bungalow. Director and Producer Aditya Chopra come to the rescue of his cousin Ravi Chopra and helped the latter to get a loan to clear his debts of several crores, and saved the iconic BR House, a landmark Bollywood address, from being auctioned.