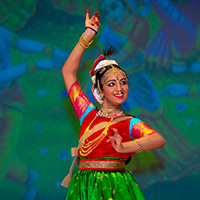 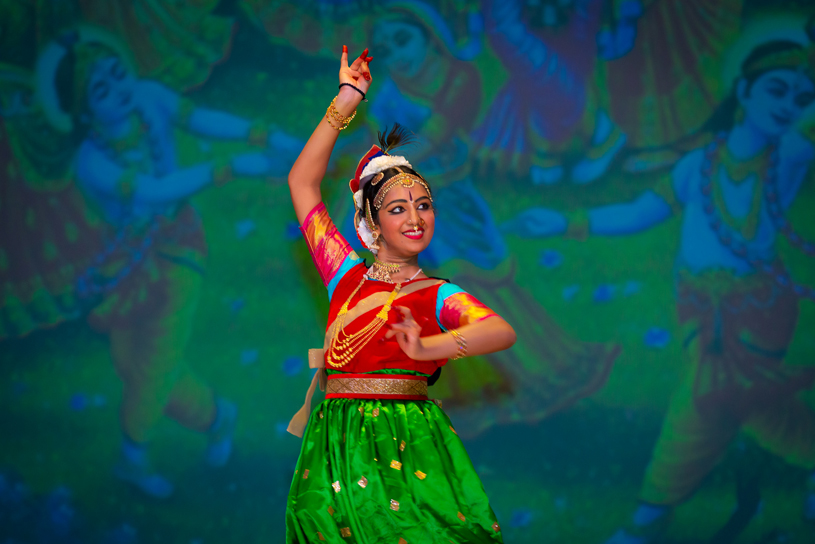 On July 31st, 2022, Nitya Kunta performed her Bharatanatyam Rangapravesam at Windermere, Florida, under her watchful Acharya, Dr. Smt. Subashree Narayanan, from Jacksonville, Florida, disciple of Padma Bhushan Smt. Kalanidhi Narayanan, Shantala Awardee and Karnataka Kalashree Guru B. Bhanumati, and Nritya Nipune Guru Smt. Sheela Chandrashekar. Dr. Narayanan is the Director of KalAradhana School of Arts. Nitya has been learning this artform from the tender age of 10 when she started her dance journey under Anjali Fluker, followed by Davina,  and finally, Dr. Narayanan.

The Arangetram was a thematic margam with the message of Sharanagati and how to always bow down to the almighty and our gurus, who show us the path to success, happiness, and good health. The first item was a Mallari followed by a Ganesha Stuthi Ananda Narthana Ganapathim. Both items, with their crisp beats, challenged Nitya’s Nritta as well as her emotions, as she bowed down to Lord Ganesha. Mallari is known to bring God to the people instead of them going to the temple, due to societal restrictions. With the percussion beats of Tavil, Nitya truly brought Lord Ganesha, to the audience, in a procession in the form of Mallari. This was followed by a piece on Sringeri Sharada, Shringapuradheeshwari. In this item the dancer again bows down to the lotus feet of Shringeri Sharada, who is the mother of all artforms. Again, the Acharya did not fail to exhibit her love to the Almighty and her Gurus through this item. Nitya expressed her devotion through her abhinayam and led the audience through this soft-paced item, gracefully.

The icing on top of the cake to any arangetram is the varnam. Many believe that the right varnam can set the correct mood for the entire performance. Bhuvana Sundara explained the story of Lord Krishna, the world’s beauty, and Leelas (plays) in his adulthood. The acharya did not stop at just Padartha Abhinaya, she was also sured to depict a Sanchari with Lord Narasimha and Bhakta Prahalada.

The next two items were Chandra Chooda and Broche Vaarevarura. Both items jumped on the bandwagon of Sharanagati in the form of Reverence to Lord Shiva and Lord Rama, respectively. Nitya, again with her emotions, connected with the audience which was a delightful treat. The items that were chosen for her by Guru B. Bhanumati and Dr. Narayanan were rightfully chosen for her personality and characteristics resembling the gods themselves.

To close the enigmatic performance, Nitya showcased a thillana in ragam Mohana Kalyani. She captured the audience one last time, with a mangalam piece, where she mounted Lord Venkateswara on the mighty Garuda, to the soulful lyrics of Sri Bhadrachala Ramadasu and bowed down to the Almighty and expressed her Bhakti. 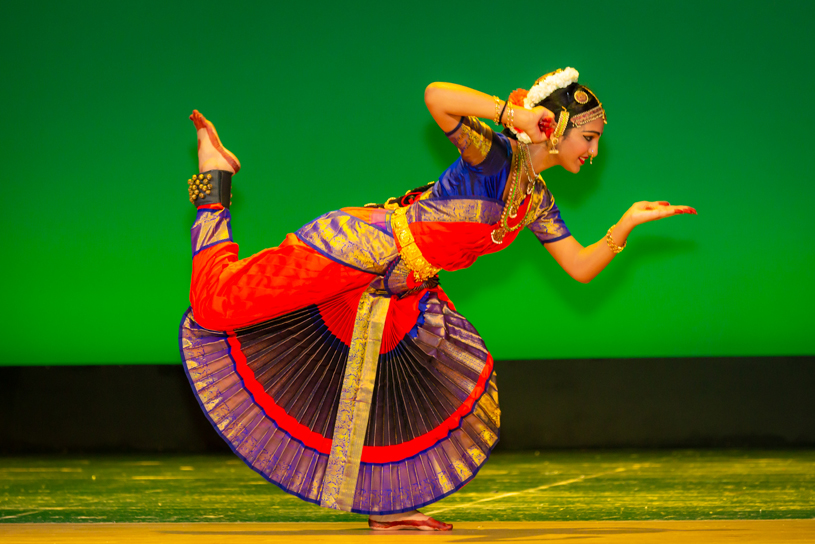 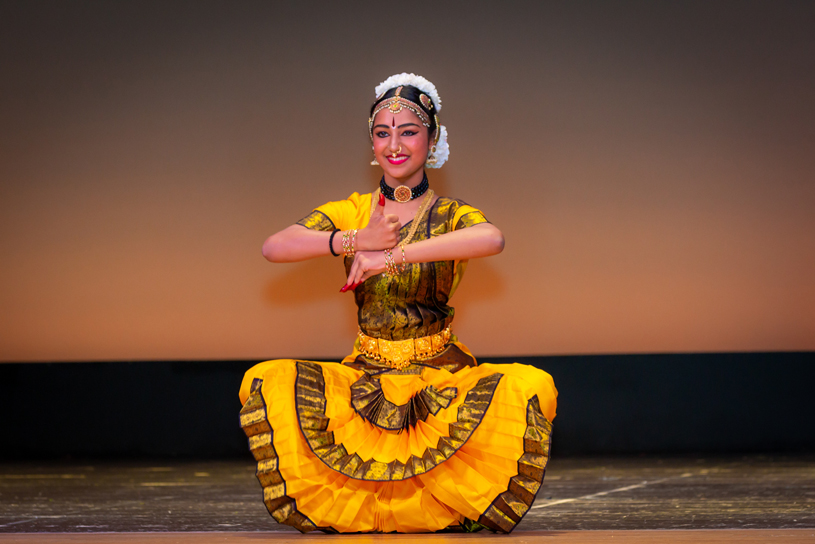 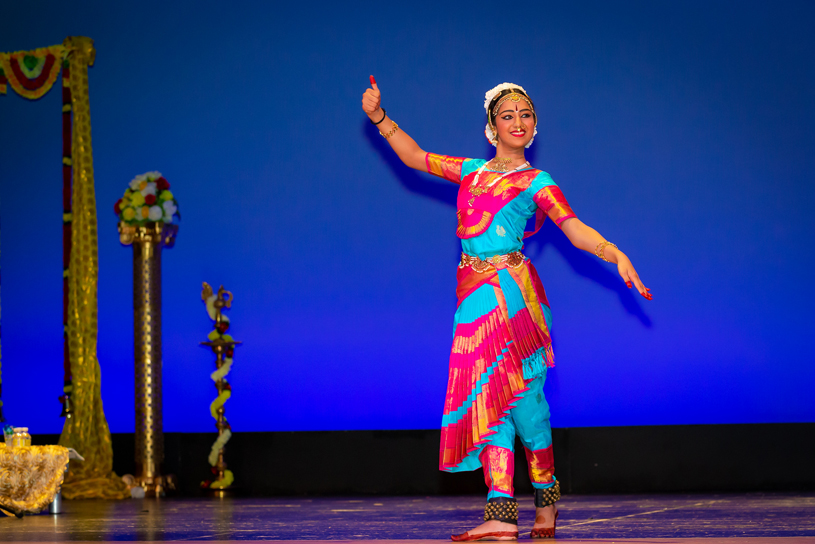 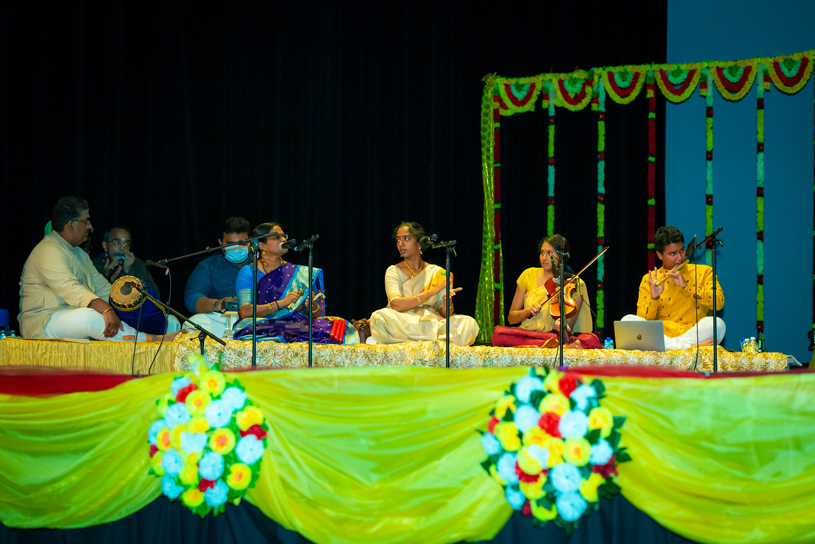 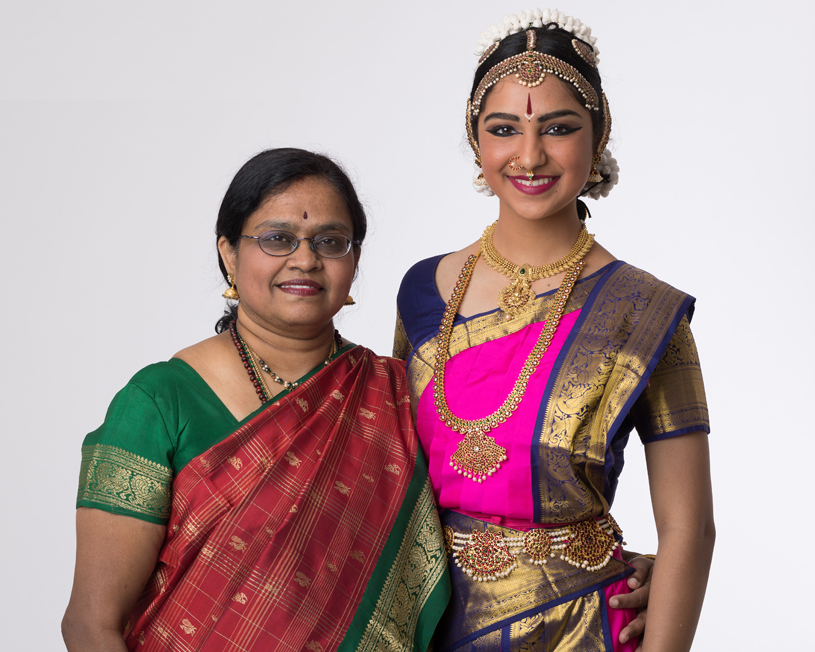