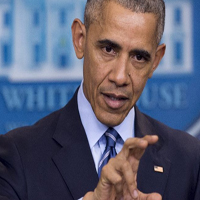 The Russians can’t change us or significantly weaken us, Says US president Barack Obama.

Addressing the last press conference of 2016, Obama said he had warn Russian President Vladimir Putin in September to stop meddling in American political campaigns after hacks of Democratic Party emails in the lead-up to the Nov 8 elections.

He added that after warning Putin, there was no further evidence of Russian tampering.