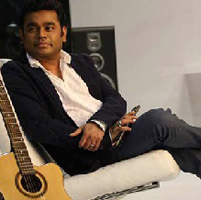 Filmmaker Karan Johar, who is one of the producers on the film, took to Twitter to reveal that rapper Badshah has recreated the popular track now called “The Humma Song”.

“When Badshah pays a tribute to AR Rahman with #thehummasong…,” Johar wrote. Shraddha and Aditya will be seen shaking a leg to the song which was released on Thursday.

Johar further thanked Badshah for doing a great job and said, “Thanks Badshah for recreating the magic.” Directed by Shaad Ali, the film is set to release on January 13.

Rap star Badshah says he is open to comparisons for his recreation of music maestro AR Rahman’s hit racy number ‘Humma Humma’ for Shaad Ali’s “Ok Jaanu”, but insists that his version of the song is different.

Music composer Tanishk Bagchi and Badshah have conceptualised the track with the latter rapping in it too. Vaibhavi Merchant has done the choreography.

“There is pressure. It’s my rendition, the mood of the song is different. I know there will be comparisons but it’s ok. I have done my best. It has turned out beautiful,” Badshah said.

“‘Humma Humma’ was a situational song and even in this film (‘Ok Jaanu’) it is situational,” he said. According to Badshah, the song is his tribute to Rahman’s original version. The original lyrics have been retained, but playback singers Jubin Nautiyal and Shashaa Tirupati have sung the song in a more peppier version.

“There are few elements of the original song that we have retained. Those who have heard it have liked it, the ultimate verdict is of the audience, I am hoping for a positive feedback,” Badshah said.

The film stars Aditya Roy Kapur and Shraddha Kapoor in the lead roles, portraying a young couple in a live-in relationship in Mumbai. Naseeruddin Shah and Leela Samson play supporting roles as an older couple in the movie.

Produced by Mani Ratnam and Karan Johar, the film is scheduled to release on January 13.