Perumalsamy Balaguru Named a Lifetime Achiever by Marquis Who’s Who 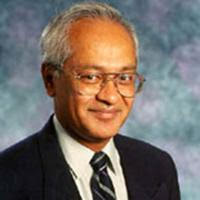 Perumalsamy Balaguru Named a Lifetime Achiever by Marquis Who’s Who

Marquis Who’s Who, the world’s premier publisher of biographical profiles, is proud to name Perumalsamy Balaguru a Lifetime Achiever. An accomplished listee, Perumalsamy Balaguru celebrates many years’ experience in his professional network, and has been noted for achievements, leadership qualities, and the credentials and successes he has accrued in his field. As in all Marquis Who’s Who biographical volumes, individuals profiled are selected on the basis of current reference value. Factors such as position, noteworthy accomplishments, visibility, and prominence in a field are all taken into account during the selection process.

A graduate of the University of Madras, the Indian Institute of Science, and the University of Illinois, Dr. Balaguru holds a Bachelor of Science with honors, a Master of Science with distinction, and a PhD. In order to keep active and engaged in his field, he affiliates himself with the American Concrete Institute and the American Society of Civil Engineers. Throughout his career, he has contributed his knowledge to more than 250 articles in professional journals and edited numerous books in the field.

Since 1899, when A. N. Marquis printed the First Edition of Who’s Who in America , Marquis Who’s Who has chronicled the lives of the most accomplished individuals and innovators from every significant field of endeavor, including politics, business, medicine, law, education, art, religion and entertainment. Today, Who’s Who in America remains an essential biographical source for thousands of researchers, journalists, librarians and executive search firms around the world.