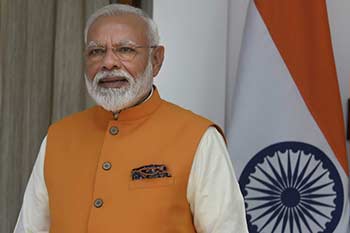 Summary – PM Modi is chairing the 7-day long meeting with BJP MPs currently. He met all the female MPs of BJP on breakfast and had a detailed discussion.

Previously, PM Modi has already met the parliamentarians belonging to OBC, SC & ST castes. He had also met the MPs who were ministers once. The overall meeting schedule has been implemented for direct interaction of all the party MP with the PM.

“The meetings have been planned so BJP MPs from both the houses get an opportunity to directly interact with the prime minister, who can guide them and discuss various issues, especially related to Parliament,” a BJP leader said.

A total of 30> women MP’s attended the meeting with the PM over the breakfast. Being women, they have excellent soft skills that can help them connect effectively with the public, the women MPs to focus on health, sanitation and eradicating malnutrition among children.” advised PM Modi to all the women MPs.

The ministers who attended the same meetings were Home Minister Amit Shah, who is also the BJP president, and Parliamentary Affairs Minister. Prahlad Joshi and J.P. Nadda also attended the meetings.