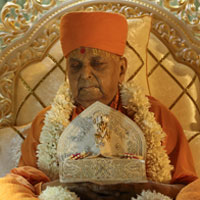 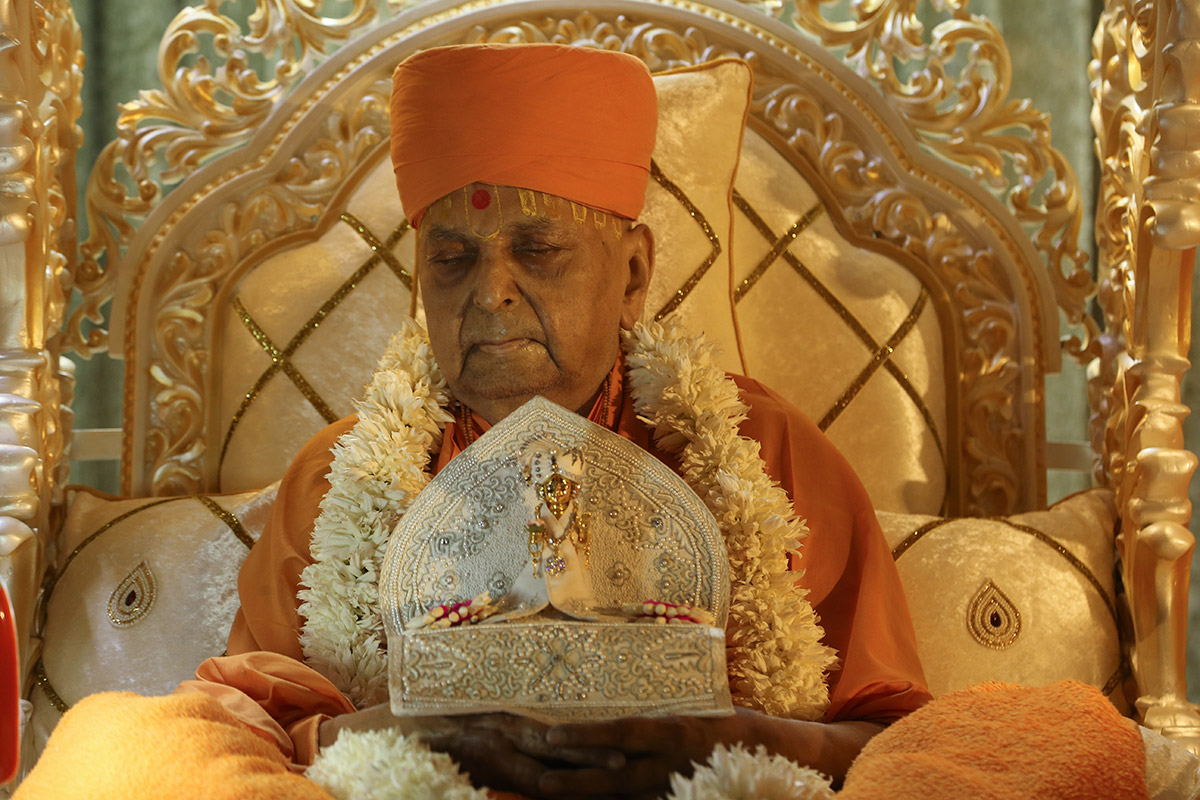 The spiritual head of BAPS, celebrated for his worldwide socio-spiritual services, His Holiness Pramukh Swami Maharaj passed away at the pilgrimage place of Sarangpur, Gujarat, at the age of 94.

Pramukh Swami Maharaj was the fifth spiritual successor in the guru parampara tradition of Bhagwan Swaminarayan. For more than seven decades he travelled tirelessly, visiting over 17,000 towns and villages in India and abroad. However, for the last two years, because of age and frail health, he had been residing at the BAPS Shri Swaminarayan Mandir in Sarangpur under the able care of expert doctors.

Most recently, Pramukh Swami Maharaj had been affected by a chest infection from which he had gradually recovered. However, due to his longstanding heart problems, he passed away peacefully at the BAPS Swaminarayan Mandir in Sarangpur.

A special Sabha has been organized at the following BAPS Shri Swaminarayan Mandir locations:

His Holiness Pramukh Swami Maharaj Passes Away
India vs. West Indies T20 Tickets go on sale Tuesday, August 16, 2016 at 10:00 am