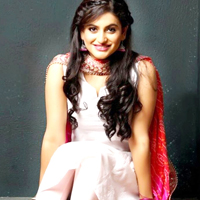 Shaily Priya Pandey is back with a bang. After a memorable performance as Nidhi in Aap ke Aa Jaane Se, Shaily Priya Pandey has now been engaged to join Jag Janani Maa Vaishno Devi—Kahani Mata Rani ki. She will play the lead role as Bharti in the show. 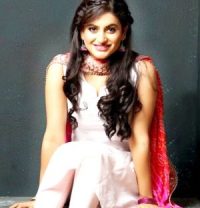 The story is about Bharti and the troubles she undergoes. Thankfully, Maa Vaishno Devi rallies around to her help each and every time, or at least that is what the show is about or what we can guess at this point since the producers are still maintaining a discreet silence. Shaily is not talking. Maybe they are still working on the storyline and script.

The film on Jai Santoshi Maa kicked off the trend and Matajis have always been popular on the small and large screen, in one avatar or another. No doubt, once the show airs, Shaily will have a halo around her head and become an icon for millions of Indian girls and women who repose all their trust in their favorite Mataji.

The other leads in the show are Naveen Pandit and Geeta Tyagi. Khushwant Walia will also play a role.