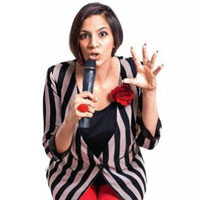 Comedian Sharul Sharma, the only female full-time comedy professional in Singapore has shifted her focus to India. She’ll be heading up to a 10-city tour of her native nation. Claiming herself to be a “sanitized pottymouth”, the comedian uses these terms as she lives in a clean city, Singapore and one of the newspapers of the city used this term to represent one of her performances. 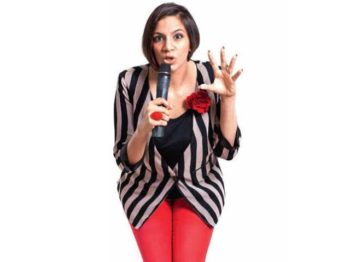 However, Sharul was never upset with the negative review given by the newspaper for her performance. “I never got a reply to that email, of course,” she says, laughing over the call. “But I did decide to make it the name of my upcoming India tour,” she says on the answer for action to write an mail to the reviewer and thanking for that review.

The 10 city tour of Sharul Sharma will be including Chennai, Bengaluru, Hyderabad, and Jaipur as well.  Recalling her time to visit Indian back, she says “I visit family in India every year, driving from Delhi to Chandigarh and stopping at a couple of villages along the way,”

Pottymouth, produced by Weirdass Comedy, will be held in Chennai at CounterCulture Comedy Club, on August 24.