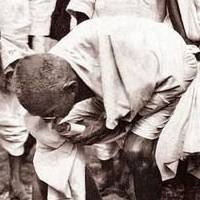 The Dandi March and its Long-term effect 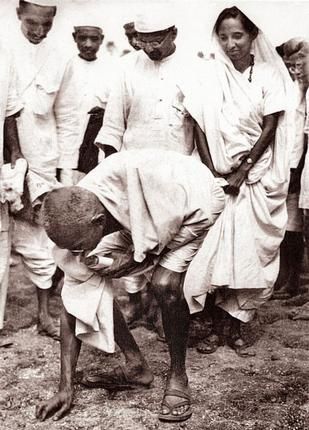 The Dandi March, also known as the Salt Satyagraha, salt March and the Dandi Satyagraha, was an act of nonviolent civil disobedience in colonial India led by Mahatma Gandhi. The twenty-four day march lasted from 12 March 1930 to 5 April 1930 as a direct action campaign of tax resistance and nonviolent protest against the British salt monopoly. Another reason for this march was that the Civil Disobedience Movement needed a strong inauguration that would inspire more people to follow Gandhi’s example. Gandhi started this march with 78 of his trusted volunteers. The march spanned 240 miles (390 km), from Sabarmati Ashram to Dandi, which was called Navsari at that time (now in the state of Gujarat). Growing numbers of Indians joined them along the way. When Gandhi broke the British Raj salt laws at 6:30 am on 6 April 1930, it sparked large scale acts of civil disobedience against the salt laws by millions of Indians.

After making the salt by evaporation at Dandi, Gandhi continued southward along the coast, making salt and addressing meetings on the way. The Congress Party planned to stage a satyagraha at the Dharasana Salt Works, 25 mi (40 km) south of Dandi. However, Gandhi was arrested on the midnight of 4–5 May 1930, just days before the planned action at Dharasana. The Dandi March and the ensuing Dharasana Satyagraha drew worldwide attention to the Indian independence movement through extensive newspaper and newsreel coverage. The satyagraha against the salt tax continued for almost a year, ending with Gandhi’s release from jail and negotiations with Viceroy Lord Irwin at the Second Round Table Conference. Although over 60,000 Indians were jailed as a result of the Salt Satyagraha, the British did not make immediate major concessions.

The Salt Satyagraha campaign was based upon Gandhi’s principles of nonviolent protest called satyagraha, which he loosely translated as “truth-force”. Literally, it is formed from the Sanskrit words satya, “truth”, and agraha, “insistence”. In early 1930 the Indian National Congress chose satyagraha as their main tactic for winning Indian sovereignty and self-rule from British rule and appointed Gandhi to organise the campaign. Gandhi chose the 1882 British Salt Act as the first target of satyagraha. The Salt March to Dandi, and the beating by British police of hundreds of nonviolent protesters in Dharasana, which received worldwide news coverage, demonstrated the effective use of civil disobedience as a technique for fighting social and political injustice. The satyagraha teachings of Gandhi and the March to Dandi had a significant influence on American activists Martin Luther King JrJames Bevel, and others during the Civil Rights Movement for civil rights for African Americans and other minority groups in the 1960s. The march was the most significant organised challenge to British authority since the Non-cooperation movement of 1920–22, and directly followed the Purna Swaraj declaration of sovereignty and self-rule by the Indian National Congress on 26 January 1930. It gained worldwide attention which gave impetus to the Indian independence movement and started the nationwide Civil Disobedience movement which continued until 1934.

The Salt Satyagraha did not produce immediate progress toward dominion status or self-rule for India, did not elicit major policy concessions from the British, or attract much Muslim support. Congress leaders decided to end satyagraha as official policy in 1934, and Nehru and other Congress members drifted further apart from Gandhi, who withdrew from Congress to concentrate on his Constructive Programme, which included his efforts to end untouchability in the Harijan movement. However, even though British authorities were again in control by the mid-1930s, Indian, British, and world opinion increasingly began to recognise the legitimacy of claims by Gandhi and the Congress Party for sovereignty and self-rule. The Satyagraha campaign of the 1930s also forced the British to recognise that their control of India depended entirely on the consent of the Indians – Salt Satyagraha was a significant step in the British losing that consent.

Nehru considered the Salt Satyagraha the high-water mark of his association with Gandhi, and felt that its lasting importance was in changing the attitudes of Indians:

Of course these movements exercised tremendous pressure on the British Government and shook the government machinery. But the real importance, to my mind, lay in the effect they had on our own people, and especially the village masses … Non-cooperation dragged them out of the mire and gave them self-respect and self-reliance … They acted courageously and did not submit so easily to unjust oppression; their outlook widened and they began to think a little in terms of India as a whole … It was a remarkable transformation and the Congress, under Gandhi’s leadership, must have the credit for it.

More than thirty years later, Satyagraha and the March to Dandi exercised a strong influence on American civil rights activist Martin Luther King Jr., and his fight for civil rights for blacks in the 1960s:

Like most people, I had heard of Gandhi, but I had never studied him seriously. As I read I became deeply fascinated by his campaigns of nonviolent resistance. I was particularly moved by his Salt March to the Sea and his numerous fasts. The whole concept of Satyagraha (Satya is truth which equals love, and agraha is force; Satyagraha, therefore, means truth force or love force) was profoundly significant to me. As I delved deeper into the philosophy of Gandhi, my skepticism concerning the power of love gradually diminished, and I came to see for the first time its potency in the area of social reform.

Britain, India and the Koh-i-Noor diamond – don’t expect the jewel to be prised out of the crown
How Gandhi’s Dandi March Shook the British Empire!