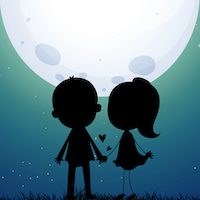 The Love Poems from Thirukkural

The Tirukkuṟaḷ also called the Kural, is a classic Tamil language text consisting of 1,330 short couplets of seven words each.The text is divided into three books with teachings on virtue, wealth and love. Considered one of the greatest works on ethics and morality, it is known for its universality and secular nature. Originally written by Valluvar, also known as Thiruvalluvar around 300BCE in Tamil language.

The text came to print for the first time in 1812, it has been translated into at least 41 Indian and non-Indian languages, making it one of the most translated non-religious works. As of 2014, the English language alone had about 57 versions available, which is estimated to have crossed 100 by 2020.

We are very thankful to Kanan, a farmer, founder of Seer7 Timeless Solutions, a doting father, a self-professed Tamil poet, bilingual blogger, translator who has given us a permission to reprint his poetic translation of The Tirukkuṟaḷ. The following love poems comes from the third book of The Tirukkuṟaḷ called Love. I have selected two poems from Chapter 110 through Chapter 114. I hope you would like it

One gaze inflicts the malady.

The other gaze is remedy

In this pliant girl:

Oh, the way she smiles,

When I look at her!

The five senses of

Only with this girl

My girl decked with jewels

Is herself the cure for

The ailment she induced.

Which is the moon

And which the girl’s face,

The baffled stars have

Strayed from their course.

I shall love you too

You can be radiant

As my girl’s face.

What is the soul

Such is the bond

The girl decked with splendid jewels

Is my very life

When she is with me,

And brings on death

When she leaves me.

When they see me.

Ah, they haven’t been through

What I have undergone.