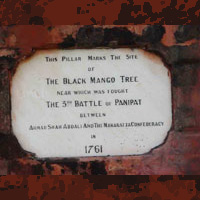 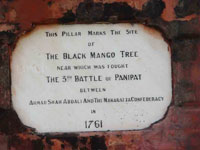 January 14th is the day of Pride for all Hindus all over the world !! The greatest battle recorded in history was Panipat III war on 14th Jan 1761.

The Hindus (Maraathaas) fought the war with the Islamic Afghans (Ahmed Shah Abdaali was leading them) at PaniPat (Haryana) on this very day 250 Years ago !!

Maraathaas were the supreme power at that time and even Moghuls had treaty with Maraathaas and put Maraathaas as their “Protectors”. On “Laal Killaa” (Red Fort) of Delhi there used to be a Bhagavaa Flag of Maraathaas. 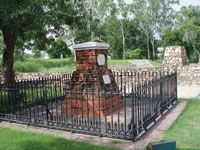 The impact of this war was – Abdali had to go back and he and his descendants never returned and foreign sorties on HinduSthaan were stopped.

Let us remember the Great Heroes of this land who fought for the pride and Unity of Nation !!

Let us all pray and offer our Pranaam and Vandan to them !!!

Bal Vikas
Who am I?