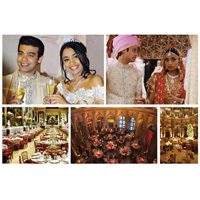 Indian weddings are known all over the world for their elaborate customs, sacred rituals, and lavish feasts. The wide selection of cuisines, designer clothing, and glamorous jewelry are some of the most notable features in any Indian wedding. As most Indians believe weddings to be made in heaven, they make sure that the event appears divine. From designer mandaps to the entertainment of guests, no expense or reputation is spared.

Here’s a look at the 10 most lavish Indian weddings to date: 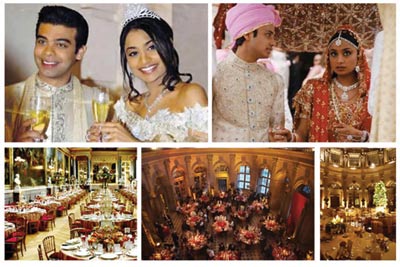 In June 2004 Lakshmi Mittal’s only daughter Vanisha Mittal tied the knot with London-based investment banker Amit Bhatia. This lavish wedding is estimated to cost $77 million. The 20 page hand-painted wedding invitation invited guests with hearty poems and was enclosed in a decorative silver box. Wedding festivities took place at the Palace of Versailles in France. Wines served in the celebrations were estimated to cost more than $1.5 million. The six-day event was held at the Jardin des Tuileres, Vaux Le Vicomte, George Cinq, Hotel Bristol and Hotel Cabaret. It was one fairy-tale wedding in France with fireworks shot over at Eiffel Tower. 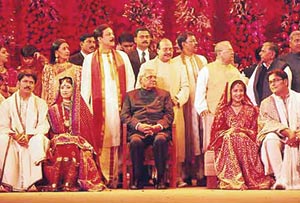 In the year 2004, Subrata Roy’s (Founder and Chairman of Sahara) sons Sushanto and Seemanto married in a double wedding, that roughly cost $100 million. The entire Sahara Township in Lucknow, Uttar Pradesh, was transformed into fairy-tale. Pre-wedding festivities were held at the Roy’s residence, Swapna Kuti (the dream house), while the sangeet was held at Hotel Clarks Awadh. With over 11,000 guests in attendance from all corners of the world, the wedding ceremony took place at Sahara Auditorium. Legendary figures such as Amitabh Bachchan, Mulayam Singh, Kapil Dev, Anil Ambani, and Aishwariya Rai among others embraced the occasion with their presence, while Raj Kumar Santoshi captured the enter wedding through his camera’s lens. More than 110 cuisines were served, and entertainers were flown in from all over the world. The highlight of the wedding was the community wedding of 101 underprivileged women belonging to different communities. Food was distributed among those less fortunate. 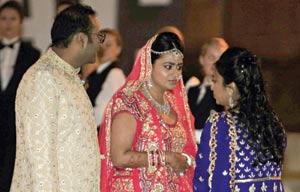 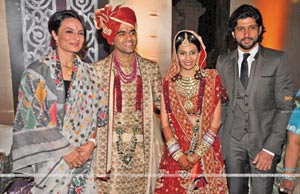 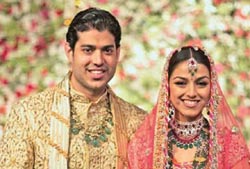 Raakhe Kapoor, daughter of Rana Kapoor (CEO and Founder of YES Bank), married Dubai-based entrepreneur Alkesh Tandon. The grand wedding was held at The Taj Palace Hotel in Delhi. The wedding was undoubtedly an elaborate affair considering the fact that Alkesh Tandon is related to the London industrialist Laxmi Narayan Mittal. The engagement ceremony was held at ITC Maurya Sheraton, while celebrities like Salman Khurshid, P Chidambaram and Vinod Khanna were also spotted at the wedding. 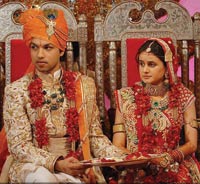 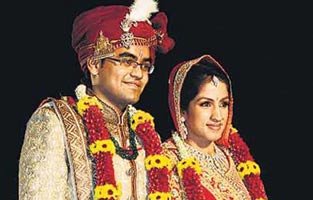 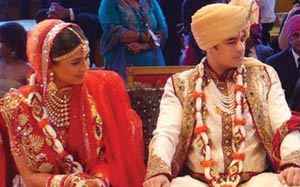 Pramod Agarwal, a United Kingdom-based billionaire gave his daughter Vineeta and her groom Muqit a grand wedding in Venice, Italy. The wedding was strictly a private affair and only 800 people were invited to the wedding at San Clemente Palace Hotel, Italy. Pop Star Shakira performed on the second day of the wedding while director, Franco Dragone put up a special show of “Cirque du Soleil” for the elite audience. 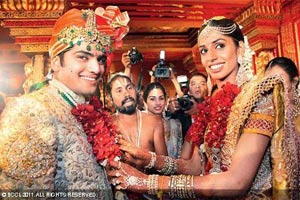 Expensive high profile weddings are a means of showing social status and power. After all, if one earns the big bucks, what better place than to spend them than in a “Big Fat Wedding.” 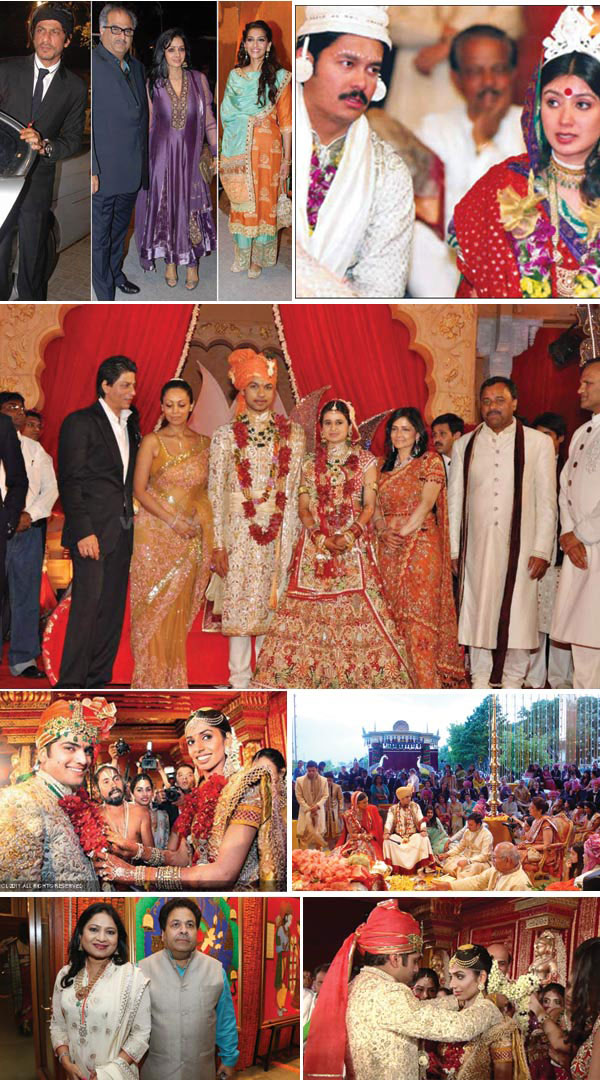