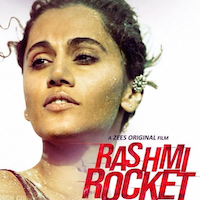 With the 23 September release of the trailer of the film Rashmi Rocket, praises were showered on Taapsee Pannu for her portrayal of Rashmi the athlete. It was unbelievable but true how Pannu transformed herself into the appearance of an athlete. Rigorous training, and the dedication of an actress to become the character she plays, is evident from the trailer. 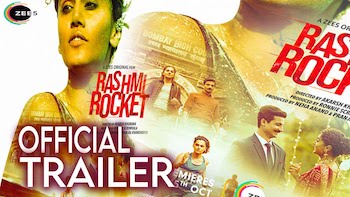 The film will be released on 15 October on the OTT Platform Zee5. Directed by Akarsh Khurana, Rashmi Rocket has a supporting cast of Supriya Pathak, Priyanshu Painyuli, Abhishek Banerjee, and others. The story revolves around the life and struggle of a sprinter from the Kutch area of Gujarat, who struggles through the ordeals of gender testing to prove her femininity followed by legal procedures. She ultimately comes out successful.

Supriya Pathak plays the role of Rashmi’s mother. Priyanshu Painyuli plays her lover, and Abhishek Banerjee plays a lawyer fighting her human rights violation case for her. The trailer has been highly acclaimed by viewers. Taapsee’s toned body has made her appear fully realistic as a powerful athlete. The film is based on a story by Nanda Periyasamy. Apart from the viewers, the trailer has been appreciated by Bollywood celebrities like Vicky Kaushal, Bhumi Pednekar, Anurag Kashyap, Milap Zaveri, and Prajakta Koli.

However, some netizens slammed the look of Taapsee, saying that only she could have such a man-like body. Instead of getting angry or taking exception, Taapsee took the comment as a compliment and thanked the netizen, saying that she had worked hard to get that appearance. Now, we have to wait till 15 October to see the audiences’ response to the film.

Post Views: 210
Shershaah: The biopic of Captain Vikram Batra Receives Accolades from All
Kangana not Kareena to Play Sita in Celluloid