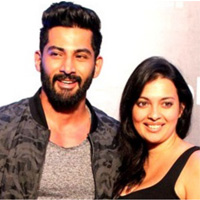 TV actor Vivan Bhathena and his wife Nikhila Palat have been blessed with a baby girl. The actor, who made his TV debut with Ekta Kapoor’s Kyunki Saas Bhi Kabhi Bahu Thi, took to Instagram to share the happy news.

The new parents named their little girl Nivaya, which means sanctuary or guardian. He announced the news Game of Thrones style. “Princess Nivaya Bhathena of the house Palat born during the storm, last of her name, the untanned, pooper of Dragons, breaker of toys and Khaleesi of Jhapas and future Queen of the Puppies and sister of the White Walker Muffin, keeper of papa/mama on the night’s watch, was born on June 9. Please send us your blessings,” Vivan wrote on Instagram. He also shared the first photograph of the child along with the post. Vivan married Nikhila in 2007, but only embraced parenthood recently.

Vivan worked in many successful TV shows such as Kumkum, Chhoona Hai Aasmaan, and Maayka. He also participated in the reality game show, Khatron Ke Khiladi in 2016. He started his career as a model, and was also featured in Falguani Pathak’s song video Maine payal hai. He has also worked in Bollywood movies Chak De! India, Karthik Calling Karthik, Dangal, Judwaa 2, and Hate Story 4. The actor is now seen concentrating his career in films and web series. He will next be seen in upcoming film Sooryavanshi starring Akshay Kumar and Katrina Kaif.

Bigg Boss 13: What We Know About the New Season

Bigg Boss 13: What We Know About the New Season
Gandhi’s Greatest Guru of Nonviolence: His Wife Kasturba