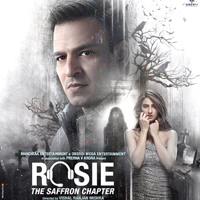 Vivek Oberoi produces and stars in Rosie the Saffron Chapter

Vivek Oberoi of Satya fame and a well known actor in South Indian films will star alongside Palak Tiwari in the upcoming film Rosie The Saffron Chapter. His production house Oberoi Mega Entertainment will produce the film. For Palak, this will be her debut film and one hopes the film will open doors for her in Bollywood. 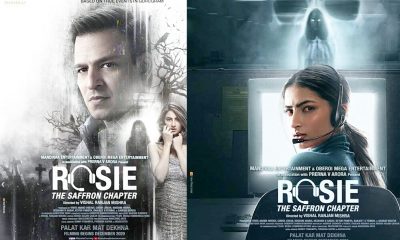 Vivek shared a motion poster of the film on Instagram. Vivek purportedly found her whispers “both heart-touching and mind-numbing” without saying what the whispers were about. Palak gushed that she was honored to have Vivek join the cast and work under his guidance. She too shared the poster with great pride.

The film has nothing to do with the Saffron party or politics, and instead, is a horror film that will keep viewers glued to their seats. The film is based on true events and is the first in a series of horror films. Rosie is an employee at a BPO called Saffron, and the office is haunted. Vishal Mishra, director of the film, said that he hoped to break the cliché of Indian horror films. Vivek said that this new venture supports concept driven films, and he hopes to change the movie landscape besides providing opportunity for new talent. He hopes to introduce new stars with each sequel and help them to gain a footing in the industry – a noble goal indeed!