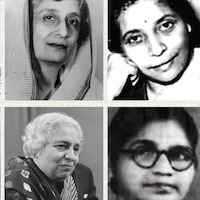 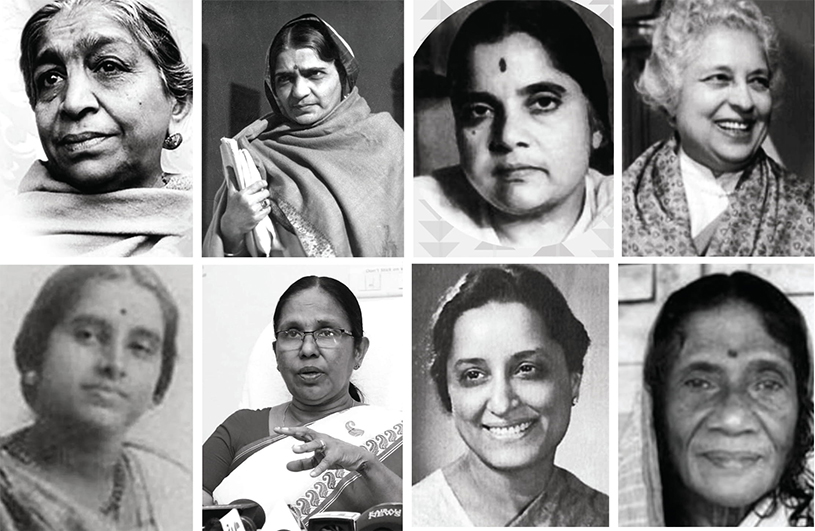 Last month, the world celebrated Women’s History Month by recognizing remarkable women across all fields. In India’s own history, there are 15 women who are seldom discussed, despite being the most progressive, powerful thought leaders of their time. Without the contribution of these Indian women, the Indian constitution may not have been inclusive and would have looked much different.

With the 60th anniversary of India’s independence approaching, it is important to recognize the many individuals involved in creating and influencing the Indian Constitution. Out of the 392 members of the Drafting Committee of the Constitution, 15 were women, all enlightened leaders by their own right.

Meet the 15 women who made a mark on India’s history, and in particular, played a role in drafting a constitution that was inclusive and liberating.

Known as the ‘Nightingale of India’ for her poems, this freedom fighter and feminist was the advocate of voting rights for women in India. The principle of Universal Adult Franchise was established mainly due to her ideas.

A strong supporter of gender equality, Hansa Jivraj Mehta was a member of the Fundamental Rights Sub-committee, the Advisory Committee, and the Provincial Constitutional Committee. It was her initiative that changed the Universal Declaration of Human Rights in Article 1 from “All men are born free and equal” to “All human beings are born free and equal.”

The only Dalit woman in the Constituent Assembly, Dakshayani Velayudhan, from Cochin, was the youngest member at only 34. She raised many caste-based discrepancies and injustices during the assembly debates.

Durgabai Deshmukh was the only woman on the Panel of Chairman in the Constituent Assembly. She played a significant role in implementing several social welfare laws.

Begam Aizaz Rasul was the only Muslim woman to be a member of the Constituent Assembly, and she was a great enthusiast of secularism. It was her initiative that played a key role in making the Constitution secular.

A woman belonging to the upper caste, Ammu Swaminathan was a freedom fighter elected from Madras Presidency. She strongly opposed the caste system and helped Ambedkar in many caste-based matters.

Kamla Chaudhary, from Lucknow, took an active part in the freedom movement. A member of the Constituent Assembly from 1947 to 1952, she raised her voice against gender biases, the misery of widows and exploitation of peasants through her writings.

A firebrand freedom fighter, Malti Choudhary was an active worker for the welfare of the downtrodden. She became a member of the Constituent Assembly in 1948. She never hesitated to protest anything that she opposed.

The first woman member of the Constituent Assembly from Bengal, Leela Roy was an eminent social activist with strong feminist ideals.

Purnima Banerjee, from Uttar Pradesh, was an active participant in the freedom struggle and faced imprisonment several times.

Hailing from Punjab, Rajkumari Amrit Kaur was the founder of All India Institute of Medical Science (AIIMS), Tuberculosis Association of India, and the Central Leprosy and Research Institute.

A strong supporter of women’s rights including the right to parental property, Renuka Roy, from Bengal, incorporated women’s rights as a member of the Constituent Assembly.

The first woman Chief Minister of India, Sucheta Kriplani contributed to the governing principles of Indian states as a member of the Constituent Assembly.

An eminent politician and diplomat, Vijay Lakshmi Pandit was the first woman to become the President of the United Nations General Assembly. She played an important role as a member of the Drafting Committee of the Indian Constitution.

A politician and freedom fighter from Travancore, Anne Mascarene played a significant role in the incorporation of Travancore into the Indian Union.

These 15 women were the stalwarts of shaping the Indian Constitution. These forward thinkers and leaders should be recognized for the role they played during India’s fight for independence. 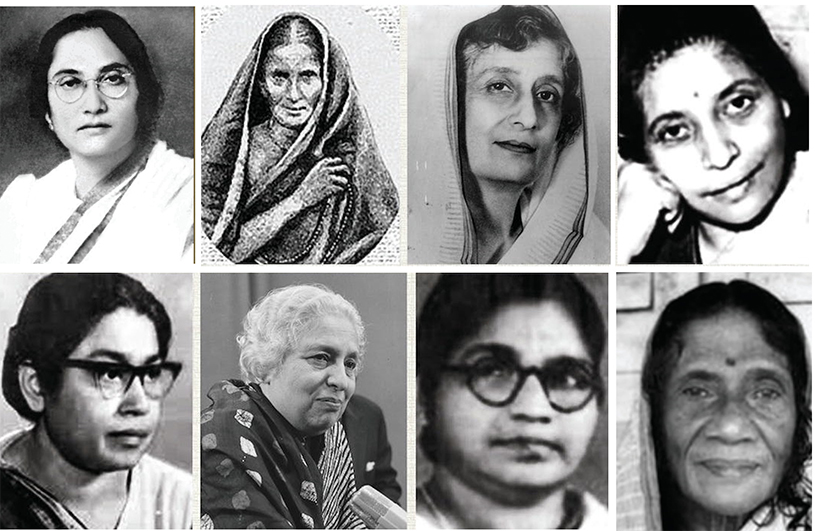 platinum jubilee of our Constitution

Bangladesh at 50: A nation created in violence and still bearing scars of a troubled birth
Historic Dandi March By Raj Shah