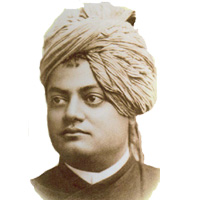 Words to Live by

“Arise, Awake……and Stop not till the goal is reached!”
– Swami Vivekananda 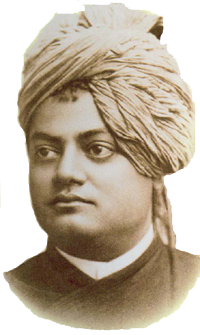 A great visionary of his time and the patriot saint of modern India, Swami Vivekananda had been a premier inspirer of the country’s dormant national consciousness. Through his messages and speeches, Swamiji remained a tireless preacher of the virtues and values that one should practice to be a true citizen of the country.

This clarion call of Swami Vivekananda is essentially a mantra for the modern man. The emphasis laid here is to inculcate a sense of responsibility among the people and create a feeling of self-consciousness towards aiming and achieving their respective goals. The focal theme remains upon “arise” and “awake,” which is just not arousal or awakening of the physical self, but, on the contrary, it is arising from a state of idleness and inactivity and at the same time, awakening to the beauties of one’s own inner self. In short, it is the mental realization about one’s actual state.

Every human being must identify and work towards his respective objectives or goals. Only when one is completely aware of one’s own abilities and strengths, can he actually recognize and dedicate himself towards pursuing these goals. Arousing one self and awakening to the powers that lay within, gives the person the impetus to propel himself with unwavering concentration and determination towards the accomplishment.

And finally, once the pursuit starts, there should be no looking back or getting distracted by the antagonizing forces that play around. One must have total dependence on his capabilities and gallop towards the achievement of whatever goals he has set for himself. The advancement should be consistent, unidirectional, and undeterred by the fear of any obstacle or hurdle. Pause should only come after the goal has been actually realized.

The statement ideally conveys that the true powers of life are inherent in each and every individual. One can do anything and everything that he may want, but first he needs to activate those powers by believing in himself. Setting aside fears, doubts and apprehensions, one thus needs to stand up and capitalize on the divinity that lies within. Only then, will one find that no task is as difficult as it seems.

Categories: Religion, Word to live by