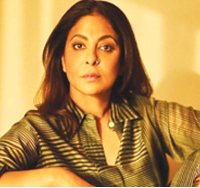 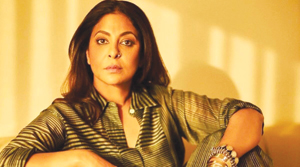 Shefali Shah is a powerhouse of talent which is evident from the variety of characters she has played effortlessly. Recently, she has been basking in the glory of two back-to-back super hits on the OTT — Darlings and Delhi Crime 2. Both have been highly acclaimed by critics as well as common viewers. However, she received the best compliment from her son after viewing Delhi Crime 2. Appreciating her performance as the chief cop in Delhi Crime, her son said that she is “like Iron Man.” To this, Shefali wanted to know whether this is a compliment for her playing a superwoman. Her son said that every Marvel superhero has been played by several actors, except for Iron Man. She has become like Iron Man who cannot be replaced. Shefali was so moved by this compliment that she wanted to print it and place it on the walls.

Supporting the OTT platform, Shefali said that it is like a boon to the actors and with the availability of local, national, and international content. On the OTT, there has been healthy competition with world cinema. She also thinks that big cinemas are a part of the movie culture and have a time-tested value. Her recent release is Doctor G which also stars Ayushmann Khurrana and Rakul Preet Singh.

Neha Kakkar breaks down in tears at Indian Idol 13.
Ekta Kapoor slammed by the Supreme Court for polluting the minds of young generation