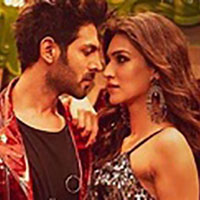 Slowly, but Bollywood is changing its traditional definition of Golmaal type comedy movies. The audience loves content-based experiments, and26 July can be a good Friday for them to have two much-awaited movies. Kangna Ranaut is again going to pair up with Rajkummar Rao, after their movie “Queen” together. Their movie “Judgemental Hai Kya” will hit the cinemas on 26 July, along with the fresh Jodi of Diljit Dosanjh and Kriti Sanon in “Arjun Patiala”. Both films will be released together.

It’s not happening incidentally, actually, both the parties were trying to have separate release dates, but all it merged out together to happen on 26 July. the trailers of both the films have rocked the audience already, and 26 July will be confusing for the audience to go for their favorite ones.

Arjun Patiala will bring the pair of Diljit Dosanjh and Kriti Sanon for the first time, with previous releases “Phillauri” getting mild success, and Sanon’s “Luka Chuppi” making it big on the screens. Diljit Dosanjh is an already established Punjabi movies star and will look forward to a better performance in Bollywood too.

“Judgemental Hai Kya” is produced by Ekta Kapoor, and “Arjun Patiala” has the production house of Dinesh Vijan. Both films will have huge pressure to make it good at the box office.