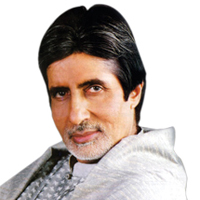 Finally, the sensuous and gorgeous Shilpa Shetty has decided to tie the knot with her beau – Britain-based businessman Raj Kundra. The event will take place at her friend Kiran Bawa’s Khandala bungalow on November 22. The wedding reception will be held in a Mumbai hotel on November 24. The wedding will be conducted fully in the Bunt tradition, according to the Mangalorean community to which the Shettys belong. Interestingly, it will be a Punjabi style wedding with Raj coming in on a chariot with the Baraati. The guest list for the wedding is restricted to Shilpa and Raj’s family only. Raj’s parents and sister are expected to arrive soon from London and his relatives from Ludhiana and Amritsar are expected to arrive closer to the wedding date. Shilpa’s lehenga for the wedding will be designed by Tarun Tahiliani. 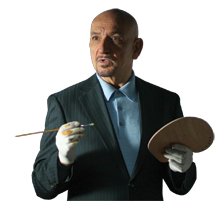 Ben Kingsley to be guest of honor at IFFI
Noted British actor and Academy award winner Sir Ben Kingsley will be the guest of honor at the International Film Festival of India (IFFI), which will be held later this month in Goa. The prestigious IFFI, which will start on Nov. 23, will most probably be inaugurated by the South Indian megastar, Rajnikanth. Sir Ben Kingsley is well known by Indians for his famous portrayal of Mahatma Gandhi in Richard Attenborough’s epic film Gandhi in the early 80s. The role won him an Oscar award for the Best Actor category. In addition, Sir Kingsley has won other reputed awards like BAFTA, Golden Globe and the Screen Actors Guild award. It would indeed be an honor for India to host this great actor of Indian origin.

There is yet another feather in coveted cap of legendary filmmaker Yash Chopra. Soon after he was honored in the Pusan International Film Festival and with the National Awards, Chopra was conferred the FIAPF award for outstanding achievement in film making at the Annual Asia Pacific Screen Awards, the region’s highest accolade in films. The FIAPF-Federation Internationale des Associations de Producteurs de Films (International Federation of Film Producers Associations) based in Paris and created in 1933, is an organization composed of 31 member associations from 25 of the leading audio-visual production countries. Giving the honor, the FIAPF authority mentioned Chopra as a legend in Hindi cinema who has played a seminal role in making Indian films more popular world over.

Amitabh Bachchan congratulated at Mumbai film fest
Amitabh Bachchan was recently conferred the Lifetime Achievement award for completing 40 years in the entertainment industry by the organizers of the 11th Mumbai Film Festival. Bollywood actress Preity Zinta gave away the award to the Shahenshah of Indian cinema. In his acceptance speech, Bachchan thanked the noted directors who recognized his talent and the Mumbai Academy of Moving Images (MAMI) for giving him the award. On the same occasion, veteran Bollywood actor Dev Anand’s production house Navketan Films was honored for completing 60 years.

Pritish Nandy Communications (PNC) feature film Saluun has been officially invited to premiere at the 33rd Cairo International Film Festival (CIFF) 2009 to be held mid-November. The film is the directorial debut of Nikhil Nagesh Bhat, with Gaurav Kapur, Razak Khan, Sakshi Tanwar, Brijendra Kala, Murli Sharma, Gayatri Choudhuri and Arindam Mitra as the main cast. The film depicts a true incident where the residents of a small town unite against corrupt government officials to teach them a lesson. The Cairo Film Festival is one of the most prestigious in its league and this year CIFF plans to welcome the new generation of brilliant filmmakers from India by honoring Indian cinema.ema. 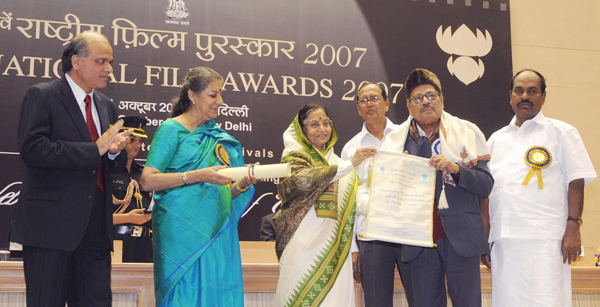 PVR ties with Summit Entertainment
PVR Pictures, the production and distribution arm of PVR cinema chain has entred a deal with independent American film studio Summit Entertainment for release of films under its banner in India. As a part of the pact, PVR Pictures will distribute all films produced, co-produced and distributed by Summit Entertainment in India, beginning with last year’s blockbuster hit and vampire movie, Twilight. The company hopes that by virtue of this agreement, PVR will be instrumental in bringing world-class movies to India. Other films to be released in the country, include Pandorum, Astro Boy, Bandslam, and Sorority Row among others. PVR also has existing distribution deals for the domestic region with Focus Features, Miramax and other independent studios.

Sanjay Dutt walks out of Bhagnani’s film
Sanjay Dutt has walked out of Vashu Bhagnani s film, Faltu, which is supposed to be the latter’s son, Jackky’s re-launch. Industry sources say that Vashu had promised Sanjay that he would cast Sanjay’s good friend Dharam Oberoi’s daughter, Neha, in the film but later backed out on his word. Sanjay was very upset with Vashu as the latter dropped Neha in Sanjay’s absence and replaced her with current Miss India-World Pooja Chopra. It is also rumored that because of this, Sanjay had a huge fight with Vashu before he quit the film. Vashu is said to be planning to rope in Anil Kapoor for the role.

Manisha Koirala stages a comeback
Manisha Koirala is about to make a comeback to films with Sanjay Leela Bhansali s next film, My Friend Pinto. Back from the United States after a sabbatical, Manisha will soon also be working with Yash Raj Films and Raj Kumar Santoshi apart from My Friend Pinto. Manisha ‘s last screen appearance was in Deepti Naval’s film, Do Paise Ki Dhoop Char Aane Ki Baarish.

FILMMAKERS CORNER
Known for hit movies like Dil To Pagal Hai, Chandni, Silsila, Trishul and Deewar, veteran filmmaker Yash Chopra is all set to wield the megaphone once again for a romantic saga, after taking a five year break. Speaking at the 55th National Award Ceremony , where he received the award for Best Film on his son Aditya’s behalf, Chopra spilled the beans about his plans. He said that he plans to start work in December or January, though he has not decided on the cast yet. Daughter of well-known lyricist Javed Akhtar, Zoya Akhtar, is all set to direct her next movie in which she plans to have a well-carved role for her brother Farhan. Farhan, who acted in Zoya’s critically acclaimed directorial debut Luck By Chance will not only be acting this time, but will also help his sister with the dialogue and casting. The proposed film is a road movie set in Spain about three boys and one of the three characters will be played by Farhan. Presently, Zoya is writing the film with Reema Kagti. Noted filmmaker Bharat Bala has plans to make a film about the life of legendary wrestler Ghulam Muhammad, who was also known as Gama Pehlwan and Lion of the Punjab. Gama had a fascinating career during the pre-independence period and was undefeated in his entire career. His death is a mystery, and in fact, after he moved to Pakistan, there is no record of what Gama did there. Bharat Bala was very impressed with Gama’s story. Gama Bharat Bala, who is very enthusiastic about Gama’s story, is ready with the script and is working on the casting. The film titled Gama the Great will start early next year. Industry buzz has it that filmmaker Amol Gupte was working on the script of his next directorial venture Sapno Ko Ginte Ginte. However, it seems that the multifaceted Gupte already has 17 scripts ready and that his next venture will actually be Stanley Ka Dabba. The film is already on the floor and is supposed to be a youth-oriented film, quite similar to his previous Taare Zameen Par.

Interestingly, the planned Sapno Ko Ginte Ginte will also be a children’s film, which is about the large economic disparity among children. News is that Gupte is trying to rope Salman Khan for Sapno Ko Ginte Ginte. Filmmaker Apoorva Lakhia, known for making the hit crime thriller Shootout At Lokhandwala, has clarified that his forthcoming film with Sanjay Dutt is not based on policemen who battled Sikh extremism. Instead, the film is based on a recent event in Mumbai involving cops. The yet to be titled movie will be directed by Lakhia in association with Shree Ashtavinayak Cinevision Private Limited. Lakhia is at present busy with post- production of his first home production Hide & Seek, a romantic thriller that has an ensemble cast, including actors Purab Kohli, Arjan Bajwa, Sameer Kochar and Ajaaz Khan. The film is being directed by his assistant Shawn Arranha.

Post Views: 1,258
Words to live by
Letters to the editor