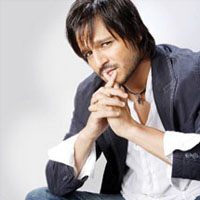 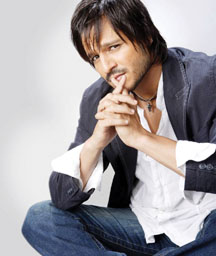 Vivek Oberoi’s brand image to get a paradigm shift

Vivek Oberoi recently bagged Karan Johar’s next production to be directed by Rensil D’Silva, in which he will be starring in the lead along with Saif Ali Khan and Kareena Kapoor. Meanwhile, Popcorn Motion Pictures and Balaji Telefilms Limited’s Mission Istanbul directed by Apoorva Lakhia and starring Vivek along with Sunil Shetty, Zayed Khan, and Shriya Saran, is close to release.

In such a strategic stage of his career Vivek Oberoi has opted to appoint celebrity publicist Dale Bhagwagar for his image management and media works. “Vivek is at an interesting and challenging stage of his career where he is being offered very meaty roles. It’s going to be exciting for us to subtly brand him, giving a new perspective to his stardom,” says Dale Bhagwagar.

Despite the overwhelming success of Cheeni Kum, Tabu is not inclined to pair with Amitabh Bachhan again. As a result, she opted out of director R. Balki’s new project, Paa. According to sources, Vidya Balan has been tapped in place of Tabu.

The movie will hit theaters this September, and it will be a joint production between Big B’s ABCL, heard to be revived, and MAD films, which produced Cheeni Kum last year.

After Khuda Kay Liye, Salakhain is the latest import from Pakistan

The doors seem to have been opened wide and clear for films from Pakistan to hit Indian screens. Salakhain, is an Urdu film set in Lahore, and it tells the story of an innocent, hardworking student, his troubles, and tribulations, and subsequently, how he plots revenge against his enemies – quite along the lines of a Bollywood movie. Released in 2004, the thriller introduced Ahmad, one of Pakistan’s most sought after model, along with Meera as the leading lady.

Veteran Bollywood director Ravi Tandon was awarded with country’s most coveted cine honor, the Dadasaheb Phalke, in Mumbai, for making some of the landmark films of the 1970s. Ravi Tandon received acclaim for his cinematic works Anhonee, Khel Khel Mein, and Khuddar. Ravi, the father of Bollywood actor Raveena Tandon, has worked with several lead actors including Amitabh Bachchan, Rishi Kapoor, and Sanjeev Kumar.

Thailand to host IIFA awards of 2008

Thailand will host the International Indian Film Academy (IIFA) awards in June in an effort to boost tourism and business between the two countries, according to media reports. The Bollywood in Bangkok event will kick off on June 6 with the premier of the new Indian movie, Sarkar Raaj, at Bangkok’s posh Siam Paragon theatre, and end with the presentation of IIFA awards on the night of June 8. The event is expected to draw Bollywood movie fans to Bangkok from around the region and hopefully generate more bilateral business between the two countries. Both have already signed a Foreign Trade Agreement (FTA). 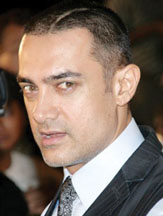 Bollywood Actor Aamir Khan has injured himself again while shooting for the film, Ghajini. He has been confined to bed rest for three weeks. Shooting in Hyderabad for the action movie, a a remake of a Tamil movie with the same name, the actor injured his left leg. Incidentally, Aamir was badly injured two weeks ago while doing an action sequence.

Bollywood superstar Hrithik Roshan became a proud father for the second time. Suzanne, superstar Hrithik Roshan’s wife, gave birth to a baby boy at Mumbai’s Lilavati Hospital on Thursday, May 1. This is their second baby after Hrehaan, their first son. Both baby and mother are fine according to sources and will be discharged soon.

Pyramid Saimira Production International Limited, the production arm of Pyramid Saimira Group, has announced that it will be producing a total of 52 films this year. The Company has already completed six films in various languages and more than seven additional films are in production. Apart from film production, the company is also engaged in producing content for television and other modes. Currently, more than three hours of TV content are produced per day. Pyramid announced the production of the first ten Tamil films this year, thereby becoming the first production house in the world to commence the production of ten movies on one day.

According to trade and distribution sources, EROS International has now joined hands with Saif Ali Khan for the first two films that the ‘Chote Nawab’ intends to produce, under the banner of Illuminati Films. Of the two ventures, the first is the untitled film with the Jab We Met director Imtiaz Ali. The second venture, Agent Vinod, will be written and directed by ace director, Sriram Raghavan.

Eros International has entered into an agreement with Nadiadwala Grandson Entertainment to co-produce four films, of which the talented Siddharth Anand of Salaam Namaste fame will direct two. Eros and Sajid Nadiadwala are also producing Kambakht Ishq directed by Saabir Khan with Akshay Kumar and Kareena Kapoor in the lead roles. The other film, as part of the four-film agreement will be a Salman Khan starring film, and the rest of the cast and crew are being finalized.

It is time to welcome Mansoor Khan back. The director enthralled audiences with Qayamat Se Qayamat Tak. Close to a decade after his name last flashed on the credits for a movie, Mansoor Khan is back in action. For the launch of his nephew Imraan Khan, he is making a return to film making, though in the capacity of a producer rather than a director. The film is Jaane Tu Na Jaane Na which is a co-production between Aamir Khan Productions and PVR Cinema and has Mansoor and Aamir working together with PVR to get the project started.

Mithun Chakraborty in a new role

After playing a Father in My Name Is Anthony Gonsalves earlier this year, Mithun Chakraborty will be seen in a different role this May. He is now changing gears and will be enacting the role of a Don, albeit one who carries comic shades. Titled Don Muthuswami, the film comes from the house of Shakti Samanta whose son Ashim Samanta will be directing the film. On May 23, Don Muthuswami starring Hrishita Bhatt and Rohit Roy along with Mohit Raina, Shakti Kapoor, Dolly Minhas, and Ali Asgar will be released. The film has music by Anu Malik.

After almost one year, fans of Sunny Deol are going to gear up for a double bill. The films in question are Right Ya Wrong and the delayed Heroes. While Right Ya Wrong is a film revolving around Sunny Deol and Irrfan Khan, Heroes is an episodic film which also features other top line actors like Salman Khan, Bobby Deol, Mithun Chakraborty, and Preity Zinta.

Right Ya Wrong carries with it Subhash Ghai’s backing. The film comes under the banner of Ikkon Pictures Private Limited and Mukta Arts Limited and hence it is expected to be mounted on a big scale. Directed by Neeraj Pathak, the film also stars Konkona Sen Sharma, Isha Koppikar, Aryan Vaid, Kirron Kher, and Deepal Shaw.

When the name is Shah Rukh Khan, the man is always in the news. After his IPL Kolkata team and the unveiling of his wax statue in Paris, it’s time for his upcoming film Billo Barber. According to sources, supreme director Priyadarshan will direct this new venture and SRK’s Red Chillies Entertainment will produce it. Along with SRK, Irfan Khan is also roped in to play the lead. Earlier, Amisha Patel was also signed to play the lead role opposite Irfan Khan. Now, according to sources, Amisha is out of the project and Shah Rukh has asked his dear friend bubbly Juhi Chawla to step in. Nothing has been confirmed as yet.

Sanjay Dutt to play suave conman in Charles and I

After playing the simple, golden-hearted Munnabhai, one of Bollywood’s top stars, Sanjay Dutt, is set to metamorphose into a cold, calculating serial killer, Charles Shobhraj, in a film called Charles and I. Made by People Pictures, the racy thriller will be spearheaded by ace director Prawaal Raman and tells the story of the enigmatic French criminal of Indian and Vietnamese origin who sent police forces in half a dozen countries on a wild-goose chase.