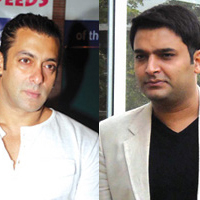 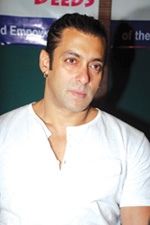 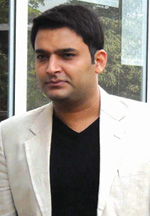 Salman Khan and Sohail Khan have blast on Comedy Nights with Kapil and Sohail Khan have
Comedy Nights with Kapil has broken records and become one of the most popular shows ever showed on Indian television. A bevy of celebrities have visited the show and enjoyed themselves thoroughly. In fact, there is an unsaid understanding in the film industry that if a movie is not promoted on Comedy Nights with Kapil, the promotion campaign is not complete. Salman and Sohail Khan were the latest Bollywood stars to visit the show to promote their upcoming movie Jai Ho. Apparently the brothers had a blast on the show. In fact, promos show Salman rolling around laughing on the floor. With the Khan brothers known sense of humor, it is not difficult to imagine the fun this episode is going to offer. The episode will be aired on Colors TV this weekend. 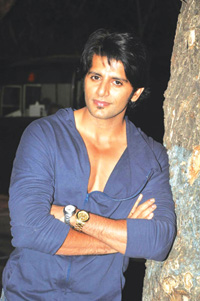 Karanvir Bohra becomes producer
Karanvir Bohra, who rose to fame as Prem in Kasautii Zindagi Kay, is all set to produce a Bollywood flick. The handsome actor is the grandson of Ram Kumar Bohra, an actor/producer. After completing college, he learnt the ropes of filmmaking by assisting B.P. Singh, a reputed director who made serials such as Aahat and CID. Karanvir has already produced a Punjabi film starring himself and his wife Teejay. Now, the actor/producer is all set to produce a Bollywood film. He says that plans for his first Bollywood production are ongoing, but it is too early to reveal any concrete plans. The Punjabi films the actor has produced have turned out to be successful. We can only wish that he receives a similar
response in Bollywood as well.

Book Review: INDIA In Word and Image Revised, Expanded, and Updated
Get to Know: Jacob Rajan, Actor and Playwright