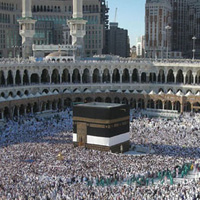 Dhul Hijjah and the Spirit of Hajj

There are a number of religions practiced in the world, and deep within the ultimate aim of all of them is to spread love, harmony, peace, compassion for others, and establish faith in a Supreme Being. The approaches and the methods may differ, but the goal is the same – a belief in a higher being.

Likewise, Islam, one of the major religions of the world practiced by millions and represented in almost every country in the world, has its own set of customs, beliefs and traditions, all of which aim to come closer to Allah and seek His blessings.

For Muslims, one of the most sacred and pious times of the year is the month of Dhul Hijjah. It is the twelfth and final month in the Islamic Calendar. “Dhul-hijjah” literally means ‘Lord of the Pilgrimage.’ It is this is the month during which the Hajj Pilgrimage takes place. Muslim pilgrims from all around the world congregate at Mecca at this time to visit Kaaba, the holiest place of Islam.

“There are no days in which righteous deeds are more beloved to God than these ten days.”
(Holy Qu’raan)

The first ten days of Dhul Hijjah are the most sacred days of the year. These are days of special blessings. Muslims are urged to do more Dhikr, charity, and good deeds during this time.

This is the period which precedes the festival of Eid al Adha (The Feast of the Sacrifice) held on the tenth day of Dhul Hijjah. The festival marks the monumental sacrifice of Abraham, Patriarch of Semitic faiths, and each year, in commemoration of this pinnacle of human submission to the will of God, Muslims sacrifice an animal, the meat of which is distributed amongst the poor, friends, and family. Another important ritual during this holy period is fasting. Muslims are encouraged to fast during the first nine days of the month, and in particular on the ninth of the month which coincides with the Day of ‘Arafah which marks the culmination of Hajj. Fasting on this day, the Prophet taught, is an expiation of sins for two years, those of the preceding year and of the year ahead.

The Hajj is performed on the eighth, ninth, and tenth of the month of Dhul Hijjah. Hajj is one of the five pillars of Islam and obligatory once in life for every adult Muslim male or female who can afford it physically and financially. Millions of Muslims perform Hajj every year. Hajj is the congregation of world Muslims in a specified place and time for the same purpose, which is that of obeying the Commandment of Allah.

Hajj tests patience, belief, spirit of sacrifice, humbleness, kindness, brotherly love, love towards God, and the readiness to give up all materials comfort and convenience for the will and plan of God. It has a form and a spirit.

Hajj has several significant meanings, and one of the inherent meanings of Hajj is to encrypt its true spirit. Hajj is a ceremony of love and devotion to Allah. A Muslim’s relation with Allah is that of deep love, devotion, and obedience. Hajj makes one remember great prophets, people who loved Allah, whom Allah loved, and whom He made the guides of humanity.

Hajj also advocates the universal spirit of Islam. Muslims of all races and nationalities go there. They become one, regardless of their class, wealth, or distinction. The spirit of Hajj is to foster unity and universal brotherhood and sisterhood among believers.
Hajj provides a focus, something on which to center attentions. Practicing Muslims should be a people of focus and direction, not a confused people or a people without any orientation. The focus of life should be Allah and the House of Allah, the Ka’bah on this earth.

Hajj is a ceremony of peace and harmony. Pilgrims come in peace and spend their time together in the most restful and respectful manner. Islam is a total commitment to care, compassion, and kindness. Hajj is a symbol of this commitment, and it is manifested in the daily life.

Finally, Hajj is also a movement, action, and sacrifice. A pilgrim keeps on moving all the time, which signifies that it is a dynamic ceremony and this is how a Muslim’s life should modeled. Motion, action, and sacrifice, these three things bring success in this life and salvation in the Hereafter.

The benefits of conducting a Hajj are supreme. A Hajji who performs the activity without any blemish is said to gain eternal paradise. He is just like a newborn child devoid of any sin. If he continues to live peacefully and sinless on this Earth, perform prayers regularly, give the poor-due properly, fast during the month of Ramadan, and lead a righteous life, Islam says that the person shall be one of those who shall inherit paradise. For a better value and quality of spiritual well being, Hajj remains one of the most cherished religious activities conducted by a Muslim and will be so for ages to come.