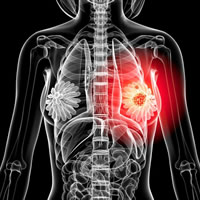 G-EYE: A new ray hope for the cancer patients

Every year India is flooded with the reports that bring out the information about the threatening diseases that are spreading in the air of the nation. The recent finding states that the Colorectal cancer is the next major health concern population of India has to face. But, now this disease can be cured with the early detection of it. The experts at an event on Tuesday said that the medical industry is now more strengthen with an enhanced technology that can detect the budding signs of Colorectal cancer.

G-eye, a recently developed endoscopy technology that claims to detect gastrointestinal diseases faster and accurate than ever before. This technology has now been introduced in India during the event organized by the Smart Medical Systems. The Smart Medical Systems along with Ventura Business Solutions are the manufacturer of this gastrointestinal endoscopy device which is now the hope of most of the people and their family within the nation.

In brief, Colorectal cancer is the development of cancer in the parts of the large intestine. It generally happens because of the development of the abnormal growth of the cells that can further spread into other parts of the body. The main cause of such a cancer is the genetic disorder or the environmental factors. Currently, four percent of the Indian population is diagnosed with this cancer. In the world, Colorectal cancer is the third most common among the males and the second most common among the females.

At an event in Israel, Zamir Halpern, Professor, Tel University said, “There is a serious gap in the detection of gastronomical diseases in many countries and colorectal cancer is becoming a growing reason for deaths in western countries. There is a high rate of colorectal cancer patients among Indians who have migrated to the US." Well, this problem has to end with early detection and improved diagnosis and treatment.

Considering the features, this device uses technologically advanced and innovative balloons that can unveil the hidden precancerous polyps in the colon. Also, it makes the double colon endoscopy an easy task. "Our presence in India provides a great opportunity to serve the medical community by enhancing physicians’ capabilities during endoscopy procedures and providing better treatments," said Misha Krakowsky, Executive Director, Asia Pacific, Smart Medical Systems at the event.