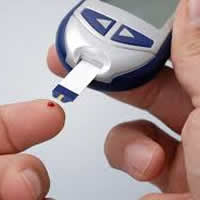 A message a day can now keep the Diabetes away

A new study has found that a daily ping on your mobile phone about health and the methods of living a healthy lifestyle have the potential to reduce the chance of developing diabetes. This research has surely surprised many but it quotes the success of the developing countries in doing this. The paper published in Journal of Medical and Internet Research with regard to India says that one million people who receive a text message on their handset advising them to eat healthy, walk/run, exercise, eliminates fat from the diet etc. have prevented diabetes in the nation.

The credit for such an achievements goes to the efforts of the researchers from North-western University in the US and Arogya World, a global health non-profit organization. As the intellects from this prestigious university understood the power of mobile technology and could successfully use it for the benefits of humankind. In a vast country like India where the low and the middle class are at every high risk of diabetes, such a help is more like a blessing. India is any way burdened with lot many health issues out if them Diabetes is a major one.

Roughly 66 million people here in the nation are found to have diabetes and approximately 1 lakh every year die for the same reason, the research said. Diabetes is also giving a hard time to Indo- Americans. Shockingly, the risk is four times higher in this group. In the adopted methodology of research, the researchers did an experiment where 1000 random individuals were selected for the text message reminders. Within the six months of the experiment, the individuals showed a drastic improvement in their health. Almost 40 percent of the people adopted healthy habits that reduced their chance to fall ill.

This experiment not only presents a list of healthy bodies but also indicates that the technology is and can forever be a great friend and guide of humans if used purposefully and sensibly. The mobile phone is nowadays no big deal for any person in the society. As everyone holds one handset at least, this device can be of a great help in improving the physical and mental health of its users.