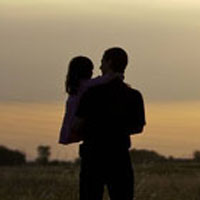 My Father, My Mentor and My Hero

A passing thought, a vision, I saw an image deep in his eyes,

A source of love, tender affection, given without compromise.

I recall the many times that he had stood, by my side,

Prodding me on with great vigour and even greater pride.

His voice ever confident, firm and yet fair,

The power, the might of his hands was so sure,

I knew, with his presence, there was nothing I wouldn’t endure.

Whilst mother, she dedicated her flaming love, her caring light,

Yet, he laid the foundation that let me stand upright,

He was the one who taught me what was right.

He’s the grandest of men to have stepped on this earth,

Most commanding of generals, a most serene personality.

Although he’s neither royal by stature nor a high priest by birth,

He will remain forever, the emperor for my supreme loyalty.

A man of great dignity, honour and strength,

Merits are noble, and of admirable length.

Oft showing the grandeur of life lived, with steps ever so fair.

He’s the one, who strengthened my tiny, unsure paces

The one, who gave me courage, to fly in free spaces

He’s far greater than any man that I know, ’tis true

He’s my dad, my friend, my mentor, my hero too.

A year from now, when sixty, he’ll look not more than forty

A pool of wisdom, filled with life’s measures aplenty,

I bow in deep respect and seek out his footprints,

Steps that I take will follow as ever his confident sprints.